The sight of a conspicuously planted product in a contemporary film is always jarring. It always says “the people who made this movie are on the take.” And yet brand names are inevitable in any contemporary setting. Products in a film should appear in the same way most products appear in real life, which is never in a way that pops out of the constant corporate stream-blur. My eyes glaze over when I see big-brand ads on a street or a billboard, and it shouldn’t be otherwise on a movie screen. 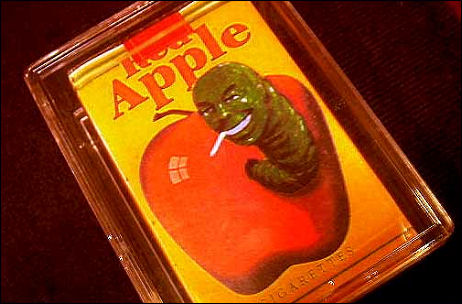 The attitude of the camera should always be, “Yeah, okay, a medium-sized Starbucks coffee is being sipped by the star of the film, but so what? Pay it no mind and listen to the dialogue.” It should be, at most, a tiny bit more than subliminal. Because once the appearance of a product registers, even for a second or two, the spell of the film is faintly disturbed because someone, you sense right away, has cut a deal.

I’m thinking about this because of what Brett Ratner said two days ago at an Advertising Age gathering about putting products into movies. The philosophy behind his company, Brett Ratner Brands, is to use “creativity and connectivity” and keep branding organic. Rather than trying to shoehorn a product into a scene, Ratner said the process needs to work the other way around, etc. But would Ratner even have a company like this or be talking to advertisers if he was really an advocate for keeping things sly and glancing and unobtrusive?

When did conspicuous product placement start appearing in films? I haven’t done the research but I wouldn’t be surprised if it was proven to have mainly begun in the ’80s, when TV executives began to migrate into producing features and running studios. Or in the ’90s, when the mentality of bottom-line corporate-think began to manifest more and more in films. I know that it was fairly unusual to spot a noticable brand of anything in movies of the ’70s.

I’ve always enjoyed the way Quentin Tarantino has created his own fictional brands for his films — Red Apple cigarettes, Big Kahuna burgers. But that’s another story and a whole different coin.