I started to think about embracing sobriety in late 2010 or early 2011…somewhere in there. I didn’t have a huge “problem” outside of occasionally drinking too much wine at parties, but I wanted to re-experience life as I had in my tweener and early teen years. A cleaner system, better sleeping habits, more productivity and no morning hangovers.

But Alcoholics Anonymous meetings, which I’d sampled at my father’s suggestion, had always left me feeling somewhere between depressed and horrified, and particularly by the reliance on the King James Bible and the general philosophy of being powerless. My basic attitude was that “powerless” can blow me. I still feel that way.

And then I read Pete Hamill‘s “A Drinking Life” (’94), an account of his boozing decades and his late-in-life decision to leave it all behind for the sake of clarity and increased brain cells. I read the book in the fall of 2011. It gave me confidence to quit without those tiresome AA people in my life. If Hamill could do it, so could I. I finally ditched wine and beer on 3.20.12. I’ve always felt hugely grateful to Hamill for helping me get there. 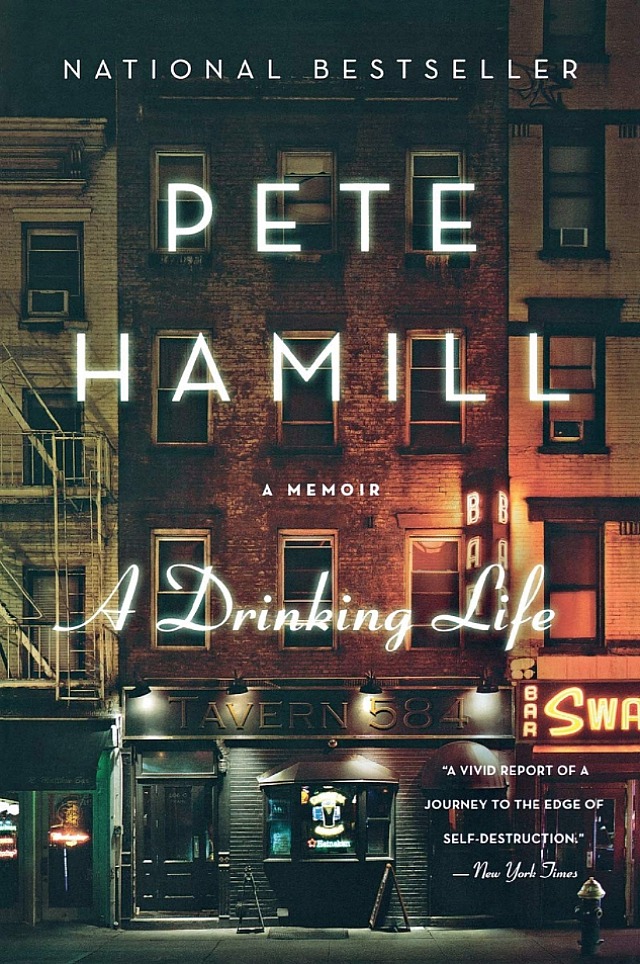