Why The Hell Not?

From Kate Erbland’s 8.5 Indiewire piece, “Tenet Unlikely to Screen for U.S. Press in Major Cities Ahead of International Premiere”:

“Two sources close to Warner Bros. confirmed that press screenings will take place for the film, but it will not screen in markets in which theaters are not currently open. For the moment, that means that Tenet won’t be shown to press in major markets like New York City or Los Angeles, where both theaters and smaller screening rooms remain closed.”

How does this square with what Indiewire‘s Tom Brueggemann posted on 7.31: “In the U.S. today, 45 states permit indoor theaters to operate (with safety precautions) in all or most locations. Because of lack of new product, most have yet to do so. To preclude the September 3 opening, governments would have to shut them down — and that’s much more difficult to do than delaying permission to open.

So WB will screen Tenet for journos who reside in markets outside of NY and LA?

Gavin Newsom and Andrew Cuomo are not going to reopen their respective states until late in the fall. 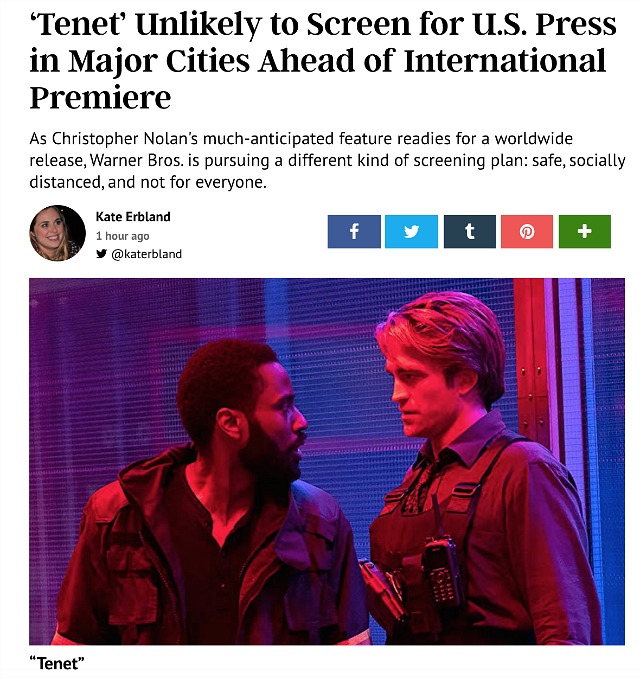