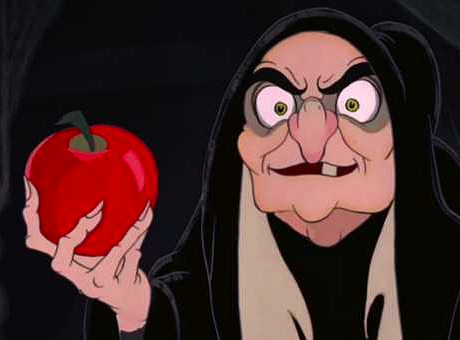 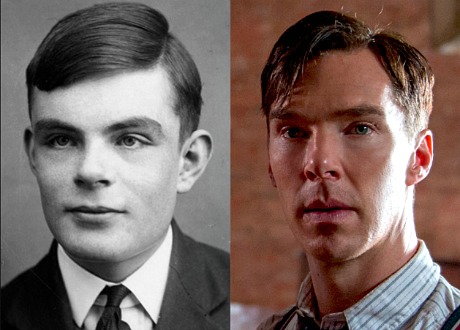 I’ve just re-watched The Imitation Game and Lane is right — there’s at least one mention of cyanide and I’m pretty sure I noticed an apple or two. I can only calculate that Tyldum and the producers decided not to depict any aspect of Turing’s prolonged “chemical castration” punishment that he chose over imprisonment after his 1952 “indecency” conviction, which brought on the despair and depression that led to his death. Which seems coordinated with a general de-emphasizing of the tragic gay-related stuff in favor of the touching platonic love between Turing and Keira Knightley‘s Joan Clark.

Children’s fantasy novelist Alan Garner wrote an 11.11.11 Guardian piece about a friendship he had with Turing in the early 1950s. Here’s an excerpt:

“We had one thing in common: a fascination with Disney’s Snow White and the Seven Dwarfs, especially the transformation of the Wicked Queen into the Witch. He used to go over the scene in detail, dwelling on the ambiguity of the apple, red on one side, green on the other, one of which gave death. We had both been traumatized by Walt.

“[Turing] killed himself when an ignorant and uncouth judge gave him the choice of a prison sentence or chemical castration; and I was overwhelmed by fury at the salacious, gloating humiliation imposed on my friend, and by a sense of guilt that I did not, could not, help him; which lasted for decades, and was made only worse when the Official Secrets Act revealed his true heroism.

“He died of cyanide poisoning. By his body was an apple, partly eaten.”