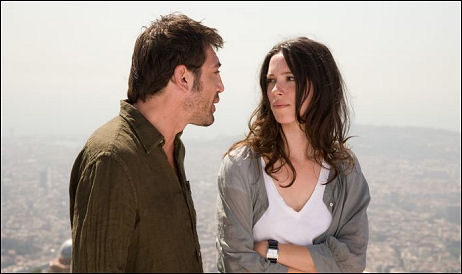 The oft-repeated synopsis: Vicky and Cristina (Hall and Scarlett Johansson), spending a summer in Spain, make the acquaintance of a flamboyant artist and compulsive hound (Bardem) and his beautiful but insane ex-wife (Cruz). Vicky is about to be married. They find themselves at emotional and sexual cross-purposes. Lezzie action reportedly occurs between two of the three women (reportedly Johansson and Hall, but you never know).