To go by a 3.11.21 summary, Caitlan Flanagan‘s Atlantic cover story (“Private Schools Are Indefensible“) is about deploring the usual-usual…i.e., rich folks have it better than the rest of us.

But on last night’s Real Time with Bill Maher, I heard Flanagan expand upon this by citing a tendency of today’s elite private schools to try and “turn your child into a Baby Marxist,” or more precisely a nascent woke terrorist.

Similar ground was covered in Bari Weiss‘s “The Miseducation of America’s Elites,” posted on her Substack feed over two weeks ago:

“If You Publish My Name It Would Ruin My Life”

“This Harvard-Westlake parents’ group is one of many organizing quietly around the country to fight what it describes as an ideological movement that has taken over their schools. This story is based on interviews with more than two dozen of these dissenters — teachers, parents, and children — at elite prep schools in two of the bluest states in the country: New York and California.

“The parents in the backyard say that for every one of them, there are many more, too afraid to speak up. ‘I’ve talked to at least five couples who say: I get it. I think the way you do. I just don’t want the controversy right now,’ related one mother. They are all eager for their story to be told — but not a single one would let me use their name. They worry about losing their jobs or hurting their children if their opposition to this ideology were known.

“’The school can ask you to leave for any reason,’ said one mother at Brentwood, another Los Angeles prep school. ‘Then you’ll be blacklisted from all the private schools and you’ll be known as a racist, which is worse than being called a murderer.’” 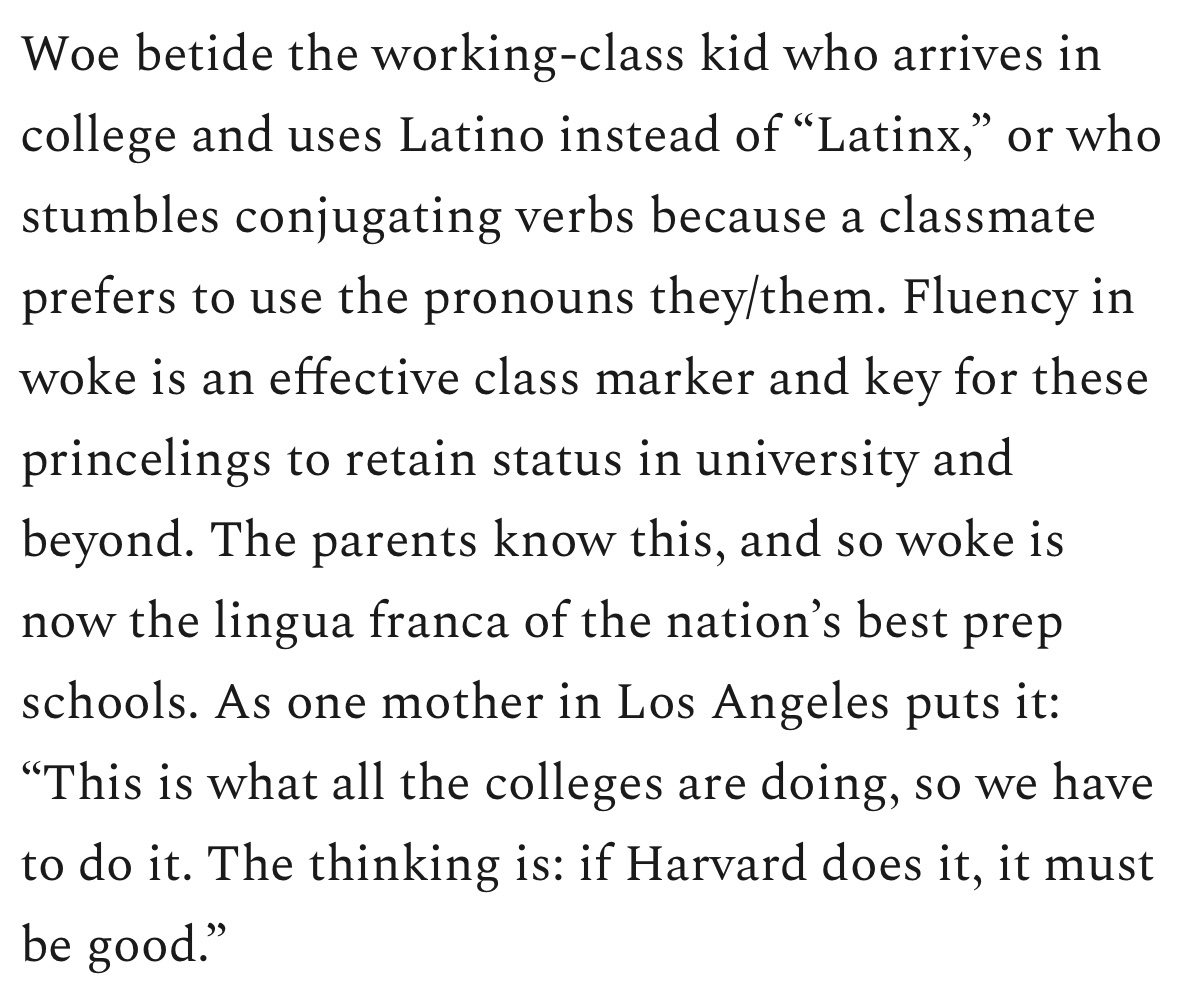