I respected much of Spike Lee‘s Da 5 Bloods, but I was basically mixed. I was okay with the first half, and felt especially moved by a dazzling montage approach that drew parallels between the Vietnam era and last summer’s BLM protests. But I lost patience during the sloppily-written third act and bailed. At best it’s an in-and-outer.

The hard fact of the matter is that Da 5 Bloods never generated much award-season heat. I knew it was finished when it failed to make the BAFTA Long List. Delroy Lindo‘s performance won critical favor but he was elbowed aside by the tragic passing of Chadwick Boseman.

Any way you slice it Da 5 Bloods has been pretty much forgotten by award-season voters. And especially by Joe and Jane Popcorn.

The IMDB and Rotten Tomatoes user ratings tell a tale. The Netflix release currently has a 6.5 IMDB rating (from a total of 42,157 votes) and the RT rating is a lousy 54%.

And yet last July Da 5 Bloods was the top vote-getter in a Best of 2020 critics poll from World of Reel‘s Jordan Ruimy. And more recently it was ranked #5 on a Best Movies of 2020 list via criticstop10.com.

How do we square this with the schmoes? With somewhere between 50% and 66% of non-pro viewers on the IMDB and Rotten Tomatoes saying “naahh, forget it”? It’s like the critics saw a different film or something.

Is the disparity due to average viewers lacking…what, exceptional perception or sensitivity or, you know, being dumb clods? Or is it because film critics live on their own dweeb planet? Or because they felt heavily pressured last summer to vote for a POC film and thereby avoid being tagged as insufficiently woke? In short, did they vote for Spike’s film out of political-cultural cowardice? 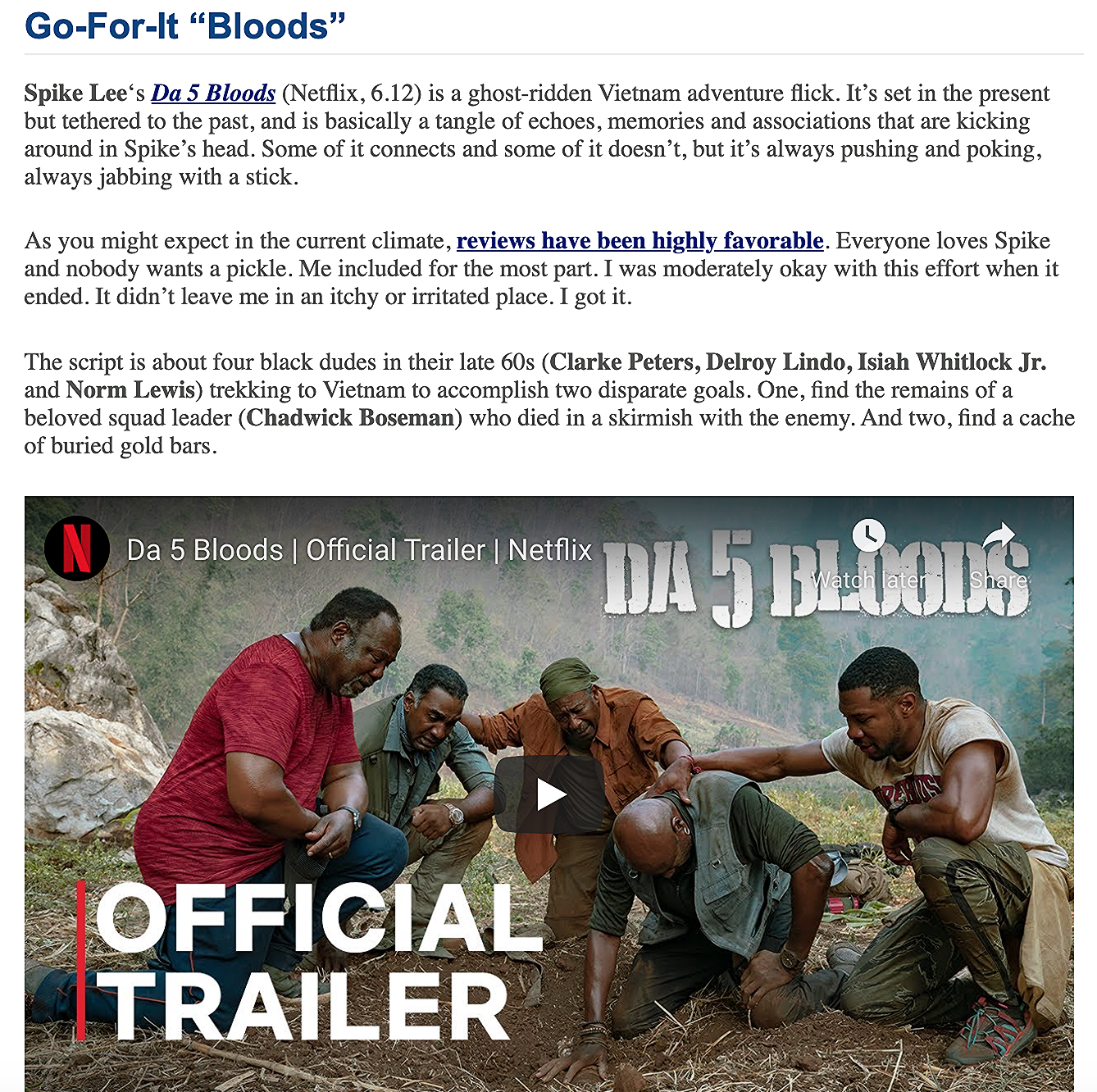