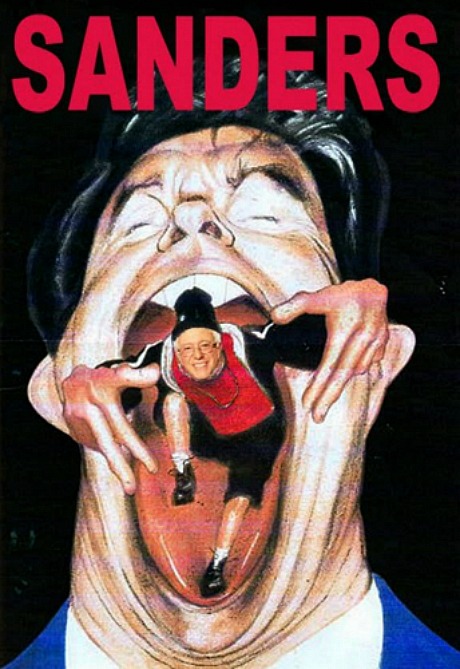 Last June I observed that Warren Beatty‘s suicidal politician “didn’t give a damn back then and neither does Bernie right now. What Sanders is doing is as close to a Bulworth scenario as we’re ever likely to see in a real-deal political campaign — a guy speaking truth to power in a realm that has always been rank with smoke and obfuscation.”

Yes, Clinton will be nominated and, despite her huge negatives, will almost certainly win because Trump’s negatives are even worse, but the Sanders theme will continue to build and expand and gain traction everywhere.

In a 4.26 Washington Post op-ed piece called “Before Unity, Sanders Must Stay in the Fight”, Katrina vanden Huevel concluded with the following: “In the end, history will not judge the Sanders campaign by the number of votes he won, though he has won many, but rather by how it has shaped this remarkable moment and continues to shape future debates. As Sanders said recently, ‘When people respond by the millions to your message, then that message is now mainstream. That changes political reality.’

“While Sanders has already changed our political reality, he can still aim higher — if not toward the Oval Office, then toward a Democratic Party that is more progressive and therefore more likely to continue the political revolution that he started.”