From Matt Taibbi‘s “The Legacy of President Donald Trump,” with a subhead that reads “he was America’s tour guide on its loudest, most exhausting, and longest-ever journey in a circle”:

“It’s an odd sort of coup when the chief plotter has already agreed to surrender power on schedule. ‘Certainly I will, and you know that,’ Trump said, when asked if he would leave the White House on January 20th. My faith in Trump’s sanity is not so absolute that I can’t see him forcing the Secret Service to drag him out by his underpants on that day, but there’s a difference between throwing a media tantrum (Trump is adept at this) and successfully overthrowing the government. 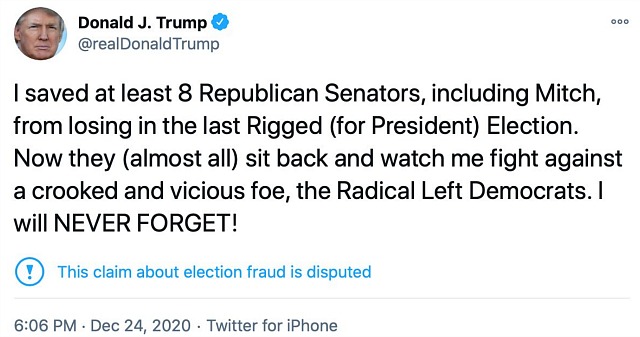 “There was always so much less than met the eye with this story, a simple tale of an arrogant ruling class that first got a deserved comeuppance in the form of maybe the least deserving challenger imaginable. It then spent four years pretending it was beaten by a demonic supervillain instead of an ad-libbing, flatulent salesman with a fourth-grade reading level. The propaganda we had to endure to cover up the embarrassing real story had the unfortunate effect of furthering distrust in both media and government, and therefore (of course) swelling Trump’s numbers. This was yet another of the symbiotic idiocy cycles that have come to so characterize American politics in the Trump age.

“No one will admit it, but Trump was and is a quintessentially American type, and his rise to the presidency [is] one of the all-time American stories. It was[Mark Twain’s] ‘The Celebrated Jumping Frog of Calaveras County‘ meets Duck Soup meets Scarface, a tall tale saga of how anyone determined enough, and full enough of resentment, greed, and unearned confidence, can make it all the way to the top in this country, armed with nothing but the pure power of bullshit. Would we really want things any other way?

“All of this may have been a miserable confluence of events, but the core truth of the Trump story is that in democracy, we have to accept that anything can happen, even this. It’s part of the deal. More than that, it’s over. Let’s hope we never have to find out that the only thing worse than the circus we just went through is an alternative, where it’s impossible.” 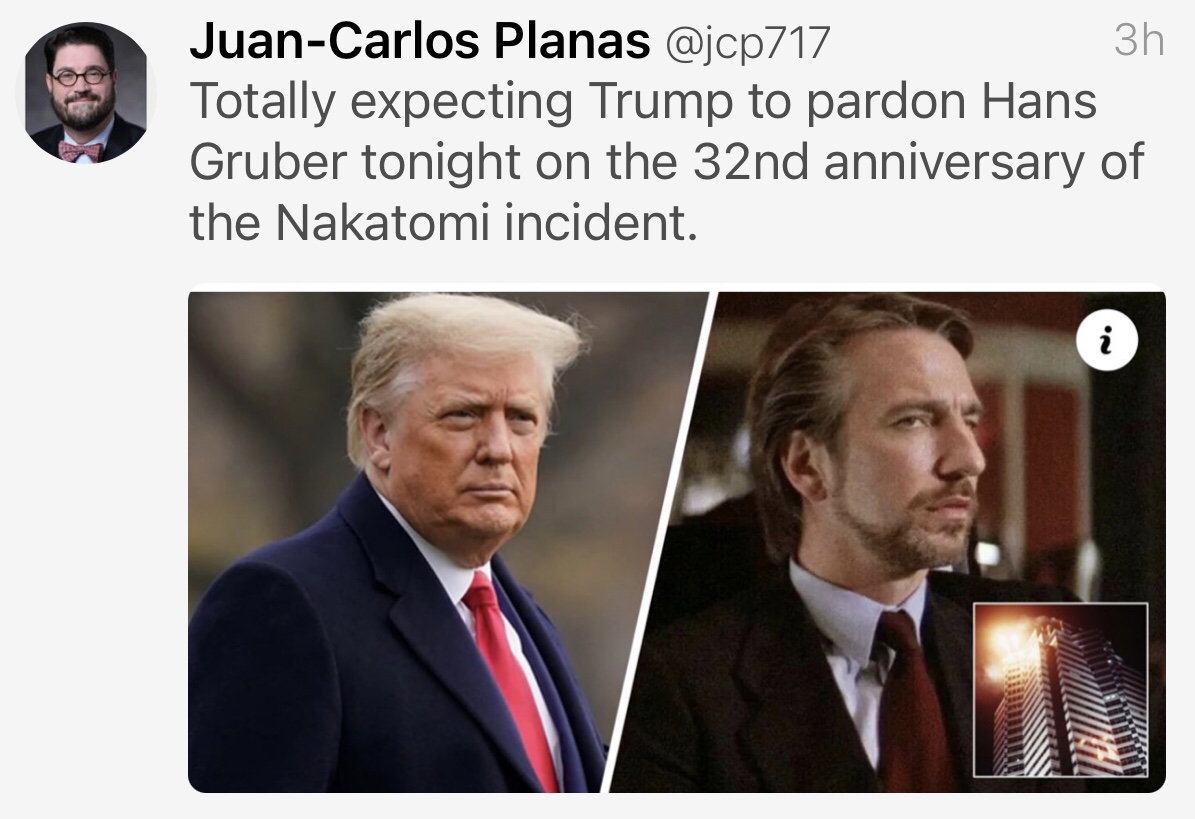