Howard Hawks‘ Only Angels Have Wings (’39) never once gives the audience an establishing master shot of the port town of Barranca, which is supposed to be in Peru. No panning shots, no lingering overheads…nothing. Last night I came upon this photo of Hawks and Cary Grant inspecting a scale model of Barranca. I’ve been watching this film since I was 10 or 11, and I’d never seen this photo until 15 hours ago.

I now have a better idea of how big the combination bar, restaurant and living quarters are (or were imagined to be), and where the airfield was and where headquarters sat in relation to the downtown area and the shipping wharf.

Wiki data: Angels was shot at the old Columbia Ranch lot (411 N Hollywood Way, Burbank, CA 91505). Filming began on 12.19.38 and wrapped on 3.24.39 — 31 days over schedule. This was followed with several weeks of second-unit shooting of aircraft flying in various locations in the western United States. A few re-takes were shot in April with Grant and Victor Kilian (‘Sparks’). Two days of re-shoots with Rita Hayworth were also shot, but were directed by Charles Vidor. Angels opened on 5.10.39. 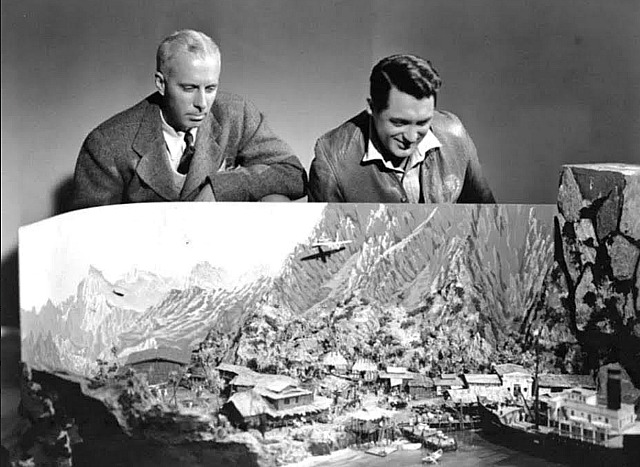 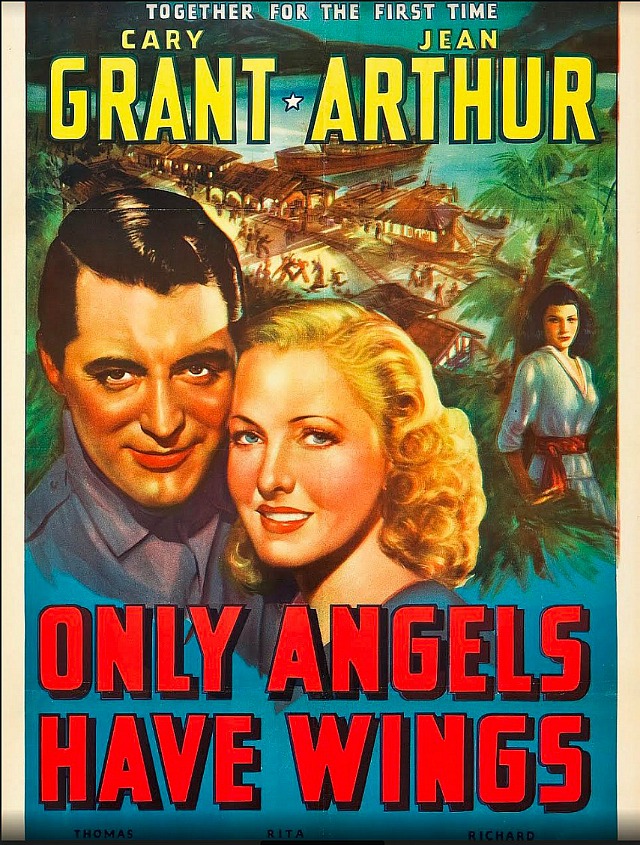