Raised In A Zoo 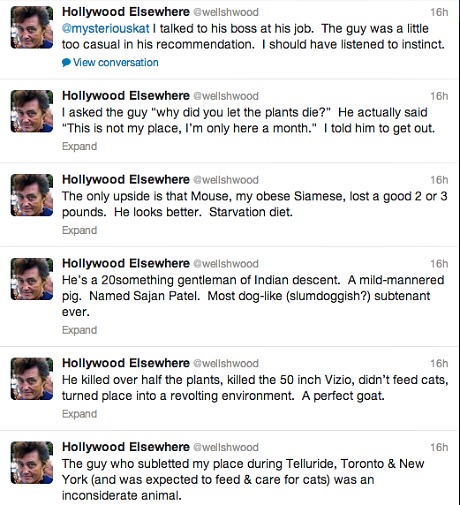 In Bad Words Jason Bateman gets a laugh when he calls a young kid of Indian descent whom he’s befriended “slumdog,” but I can’t use that term or mention Patel’s ethnicity because that would prove that I’m a racist. Never again will I sublet to a 20something guy of any ethnicity — fair enough?