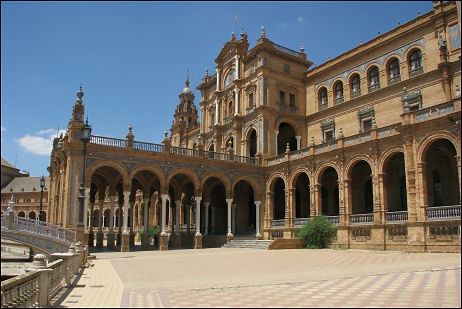 I’m with Reggie. I do this all the time in my head. To me famous buildings and locations aren’t so much about their own history as backdrops used by great or significant movies, or the basis for sound-stage or CGI duplications.

When I visited a section of Belgium’s Ardennes forest, site of the Battle of the Bulge, in late ’99, I didn’t say to myself ‘this is where the American troops incurred heavy casualties from the German counteroffensive” as much as “this is where Van Johnson and John Hodiak and George Murphy fought the Krauts in William Wellman‘s Battleground.” Yes, I know that film was shot on Hollywood sound stages and against locations in northern California, Oregon and Washington state.

When I visited the United Nations building in Manhattan in the early ’80s, I remember thinking, ‘These are the steps that Cary Grant walked up after getting out of the cab in North by Northwest…and here’s the main entrance hall he walked into…now, where’s the lounge where he met Lester Townsend?” I’ve never been to Mount Rushmore but that, to me, is a total North by Northwest touchstone, and secondarily a famous mountainside monument. All I would want to do after seeing the big faces would be to find James Mason‘s Frank Lloyd Wright-designed home (which of course doesn’t exist).

When I visited Spain’s southeast coast with my two sons in late May of ’09 my plan was to visit the a beach called Playa del Algarrobico, which is where the seaside town of Aqaba was built for Lawrence of Arabia. Except I didn’t get there, and I deeply regret that. But I did visit other Lawrence locations in Sevilla.

In early 2000 I drove out to Glendale to visit the JFK Oval Office set of Roger Donaldson‘s 13 Days, and every last detail has been recreated even though the camera couldn’t hope to capture these particulars. Same thing with the West Wing set built to duplicate the Nixon White House in Oliver Stone‘s Nixon (’95), which Stone and publicist Stephen Rivers allowed me to visit. To me visiting these sets was just as cool and in some ways better than if I’d been allowed to tour the actual West Wing.

If I ever get out to Dyersville, Iowa, you can bet I’ll visit the Ray Kinsella farm where the cornfield baseball diamond was built.

I could go on and on. Whatever and wherever, what matters to me is what film was shot here and whether or not the actual locales used for the film still exist, or if the geography of the actual locales resembles the sound-stage replications.