“Surprisingly, it’s the Hulk who lumbers away with The Avengers,” writes Boxoffice.com’s Amy Nicholson in a mostly negative 4.20 review. “In contrast to the last two efforts to deepen Hulk with woe and wrath like a minty Brunnhilde, Mark Ruffalo plays him like a guy who just wrapped up a coffee date. His Bruce Banner is scruffy, mellow and at peace with the fact that he’s a normal-ish man doing his best not to slip into a homicidal rampage. In India, he must have done a lot of yoga. 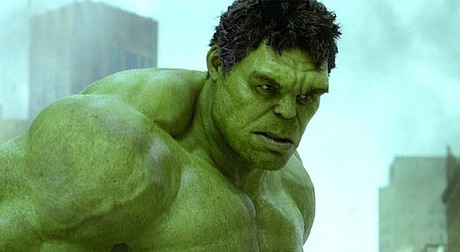 “As he chills out in S.H.I.E.L.D.’s invisible plane, you sense his compatriots musing, ‘That‘s the living embodiment of rage against the machine?’ It is. And it’s the contrast that sells it. Give Ruffalo his own Hulk movie — hey, third time’s a charm.”