Phillip Noyce‘s Salt was premiere-d and after-partied last night at Grauman’s diminished Chinese (i.e., no more balcony) and then at the ballroom atop the Kodak theatre. The red motif (lighting, drapes, wall coverings) was chosen because the baddie Russians in the film are sentimental Commies at heart — psycho assassins who live to perpetuate the glory of belligerent pre-Gorbachev Russia. It was glorious to just stand in the middle of it all and just drink in the redness. Along with the champagne, of course. 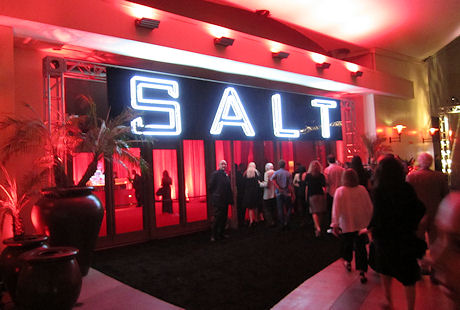 I missed Mr. Noyce and only saw Angie and Brad from a distance (swamped by admirers, posing for photos, seemingly loving the attention). I chatted with Angie last summer on the set but I can’t be part of a big throng going “ooh! ooh!” Brad has his Moneyball/Billy Bean hairstyle going. (Bennett Miller’s film began shooting last week.)

I spoke briefly with Noyce’s publicist Mickey Cottrell, who’s also repping Stones in Exile director Stephen Kijak. I took a shot of them but the focus failed.

I also spoke with Florian von Henckel Donnersmarck, director of The Tourist, which also stars Jolie along with Johnny Depp. Florian was hanging with his agent, UTA’s Jeremy Zimmer. The Tourist, which Florian is currently cutting, will come out either in December or next summer, they said. Sony/Columbia is distributing. 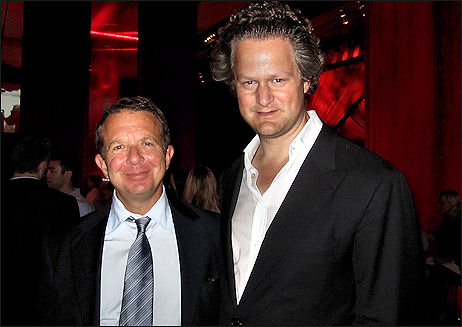 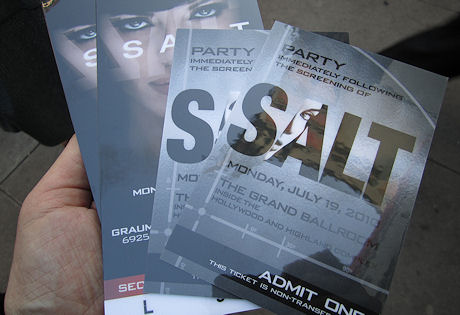 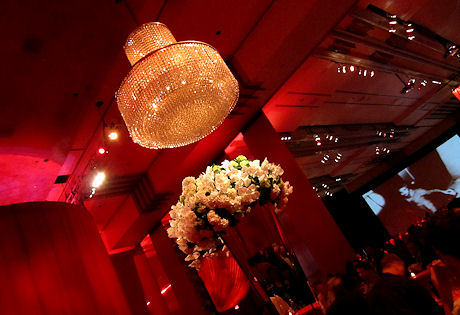