I’m late acknowledging that Peter Bart ran a 6.23 story about the restoring of the Godfather negatives, and particularly two docs by Kim Aubry about (a) the making of the 1972 film and (b) the restoration project. Curiously, Bart didn’t mention that the guy who handled the delicate work was none other restoration guru Robert Harris, the sharpest eye and most exacting perfectionist in the business, and known for having restored Lawrence of Arabia, Spartacus, Rear Window, My Fair Lady, Vertigo, etc. 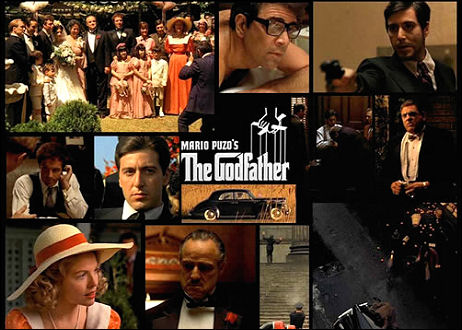 Harris has been forbidden from discussing the project for many, many moons. I saw a digital projection of Harris’s restored Godfather on the WB lot last November and was told I couldn’t mention it. An official press release about the Godfather restoration is going out on Monday morning, at which point he’ll be free to discuss it with whomever. The DVDs and Blu-ray discs of the restored films will be available sometime in late September. The project involved the labor of some 12 to 15 people, Harris says.
I told Harris today that most people probably won’t appreciate the differences between the currently available DVDs of the first two Godfather films and the versions he’s worked on. I think the first two films look pretty good, I told him. People don’t know what they’re looking at, he said. He also allowed that most people probably won’t be able to appreciate the improvements unless they see them in Blu-ray on a very large screen, or if the restored films are projected in a movie theatre of some size. Will the films be given a limited theatrical release? Uhhm…no comment.