A Vanity Fair excerpt from “The Real Romney“, a forthcoming book by Michael Kranish and Scott Helman, contains an intriguing story about likely Republican presidential nominee Mitt Romney. It happened during a family road trip 28 and 1/2 years ago, when Romney was 36. 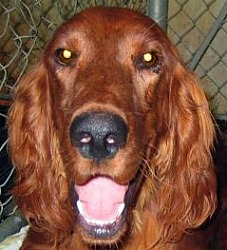 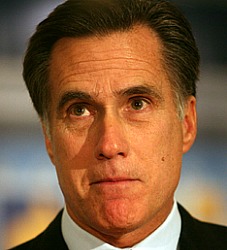 “The destination of this journey, in the summer of 1983, was [Romney’s] parents’ cottage, on the Canadian shores of Lake Huron. The white Chevy station wagon with the wood paneling was overstuffed with suitcases, supplies, and sons when Mitt climbed behind the wheel to begin the 12-hour family trek from Boston to Ontario.

“As with most ventures in his life, he had left little to chance, mapping out the route and planning each stop. Before beginning the drive, Mitt put Seamus, the family’s hulking Irish setter, in a dog carrier and attached it to the station wagon’s roof rack. He had improvised a windshield for the carrier to make the ride more comfortable for the dog.

“Then Mitt put his sons on notice: there would be pre-determined stops for gas, and that was it. Tagg was commandeering the way-back of the wagon, keeping his eyes fixed out the rear window, when he glimpsed the first sign of trouble. ‘Dad!’ he yelled. ‘Gross!’ A brown liquid was dripping down the rear window, payback from an Irish setter who’d been riding on the roof in the wind for hours.

“As the rest of the boys joined in the howls of disgust, Mitt coolly pulled off the highway and into a service station. There he borrowed a hose, washed down Seamus and the car, then hopped back onto the road with the dog still on the roof.

“It was a preview of a trait he would grow famous for in business: emotion-free crisis management. But the story would trail him years later on the national political stage, where the name Seamus would become shorthand for Romney’s coldly clinical approach to problem solving.”

Anyone who would put a dog inside a carrier strapped to the roof of a car moving 70 mph for hours and hours is one cold fuck of a human being. I would never do that to a dog, even to some stray I’d just found on the side of a road. Seamus is a social-political metaphor, all right. I trust I don’t have to explain it.