Rooney costarred in Captains Courageous (’37) but that film, directed by Victor Fleming, was owned by Spencer Tracy and Freddie Barthomolew. He played lead alongside Tracy in Boys Town (’38), a reasonably decent if sentimental 1938 crime drama, but when’s the last time anyone’s watched it? You can’t call Rooney’s Andy Hardy movies “great”…they were popular in their day but they’re hardly legendary. You can call those exuberant musicals he made with Judy Garland (Babes in Arms, Strike Up the Band, Babes on Broadway) entertaining but even by the most generous standards they’re not exactly Museum of Modern Art material.

So what Rooney performances were truly stellar? And what Rooney films are really and truly top-grade? What did he accomplish on-screen that was really artful and lasting?

If you ask me Rooney’s most noteworthy period was not during his big-star period from the early ’30s to mid ’40s. It was an eight or nine-year period from 1954 to 1962. During this time he played (1) a brawling, hard-drinking Naval rescue pilot in The Bridges of Toko Ri (’54), (2) a brash psychotic gangster in Baby Face Nelson (he performed a great death scene with Carolyn Jones), (3) a secondary but very amusing GI role in Operation Mad Ball (’57), (4) the condemned Killer Mears in The Last Mile (’59), (5) a low-life boxing trainer in Requiem For A Heavyweight (’62) and (6) one of the standout comic players in It’s A Mad, Mad, Mad, Mad World (’63). For me, that was Rooney’s glory period. (I’m totally willing to overlook or play down his racially offensive supporting performance in Breakfast at Tiffany’s if everyone else is.)

My most vivid memory of Rooney in Toko Ri: not the brawling in Tokyo or his ripping the ex-Japanese girlfriend’s green dress or the green Leprechaun hat he wore while serving as a helicopter rescue pilot. It’s the moment when Rooney and Earl Holliman, as a Naval NCO named Nestor who partners with Rooney’s Mike Forney, are trying to save a crash-landed William Holden from being killed by North Korean troops. The moment that sticks is when Holliman gets hit by machine-gun fire and falls dead into the mud, and Rooney shouts out “Nestor! Nestor!”

Pete Hammond’s Deadline tribute piece (posted this morning around 2:30 am) mentions all the classic “Rooney entertainment” movies but ignores the ’50s and early ’60s streak save for It’s A Mad, Mad, Mad, Mad World. See what I mean? Rooney was busting his ass during the Eisenhower and Kennedy administrations and doing the best acting work of his career, but the mainstream fans who really loved him always said “tell us about Andy Hardy and those Judy Garland movies!” 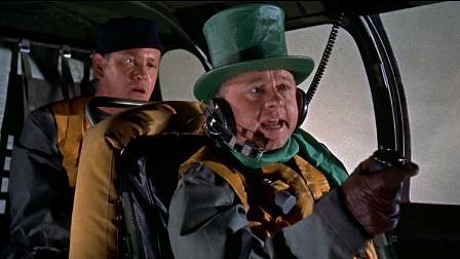 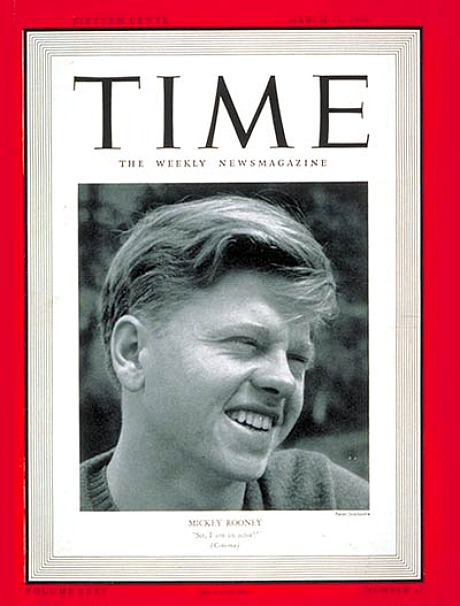 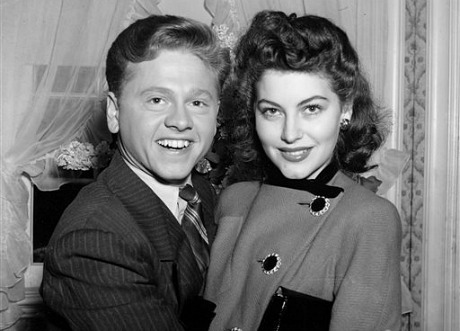 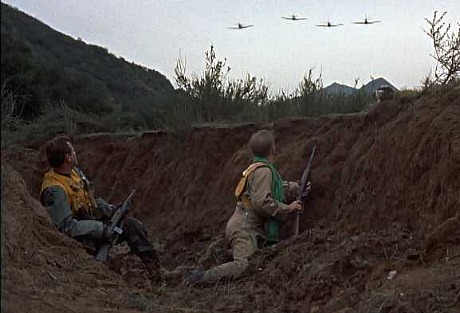 Rooney and a crash-landed William Holden defending a muddy trench in North Korea, and both with about five or six minutes to live.