The latest attempt to re-boot the Jack Ryan franchise was announced last night by Variety‘s Michael Fleming. The plan is to put Star Trek‘s Chris Pine into the role of the analytical CIA hotshot, who has so far been played by three previous actors — Alec Baldwin, Harrison Ford and Ben Affleck. 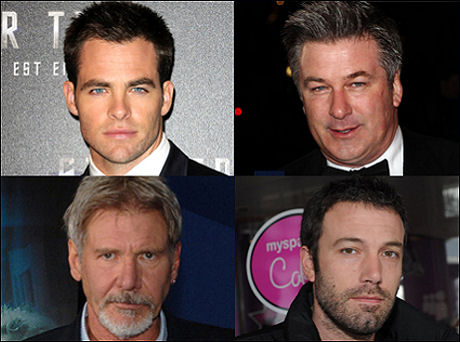 Fleming wrote that Paramount and producers Lorenzo di Bonaventura and Mace Neufeld are working with a script draft by Hossein Amini, based on an original concept” and “are still in deep development.”

This would be Pine’s second franchise on top of playing Cpt. James T. Kirk in a second Star Trek film. “It is unclear whether Pine would make another Star Trek before the Jack Ryan film,” Fleming wrote. Pine “is separately in talks to team with director D.J. Caruso in the Paramount drama The Art of Making Money early next year,” he added.

Here are my cautions and concerns.

One, as Star Trek showed, Pine is convincing as a studly man of action and balls, but less convincing as a man of immense intellectual capacity, much less one of complex intellectual reach. Pine is basically a Baywatch-level actor. I realize that an actor doesn’t have to be a genius to play a genius, but he has to have the ability to make you believe that his character is, and I’m not sure if Pine is a good enough actor to sell himself as Charles Van Doren. 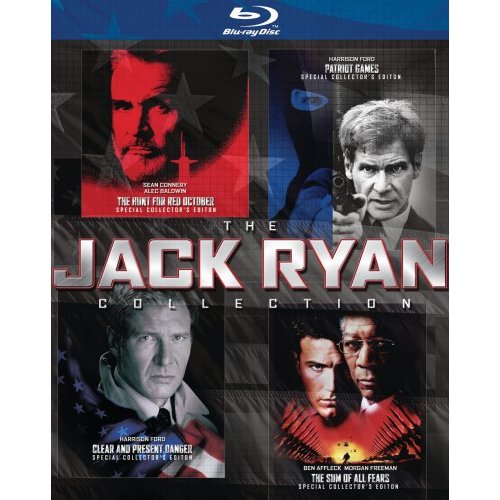 Two, the Ryan character is in fact a very bright fellow as well as someone who can handle the derring-do, which is why the Harrison Ford of 15 to 20 years ago (i.e., before he became Uncle Festus) was so good in Phillip Noyce‘s Patriot Games and Clear and Present Danger. Ford was the Sean Connery of the Ryan franchise. I’ve lived with Ford for almost 30 years now, and I think I know who he is and what he can do and what he’s made of. And I really don’t think Pine carries the same heft. He’s not as tall, his voice isn’t deep enough, he lacks that air of seasoned authority, etc.

Three, if you use the Bond franchise as an analogy, The Hunt for Red October was Dr. No, Patriot Games was From Russia With Love and Clear and Present Danger was Goldfinger. And The Sum of All Fears was 9/11 meets Diamonds Are Forever or maybe The Man With The Golden Gun. The new Ryan franchise, I presume, will in a certain sense be trying to re-energize the way Casino Royale got the Bond franchise going again with…you know, Pine trying to fill Daniel Craig‘s shoes or whatever. Well, at least they’re both blonde.