It’s obvious within seconds of looking at clips from Little Ashes (Regent, 5.8.09), a drama about the young Salvador Dali, that it’s going to be received as a major embarassment. Particularly for Twilight star Robert Pattinson, who plays Dali. And I’m not gloating about this at all. 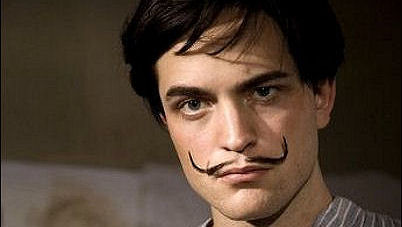 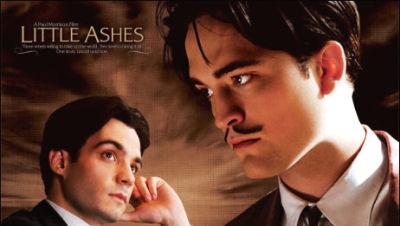 I’m not trying to be an obnoxious know-it-all here, but Pattinson looks flat-out silly in that upturned wax-stache. (Not in the poster portrait, which someone has Photoshopped so as to trim the upturned tips.) Look at the footage and there’s no accepting it. It looks like a cheap paste-on — a joke, a mistake.

If I’d been hired to replace director Paul Morrison the first thing I would have said when I walked on the set was, “Look, we all know that Dali is famous for the big wiry upturned moustache, but we can’t go with it because because it makes Robert look foolish. So as far as we’re concerned Dali’s upturned ‘stache didn’t kick in until he got older. Which there is ample photographic evidence to support. When he was younger he wore a Clark Gable ‘stache. End of discussion.” 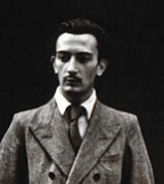 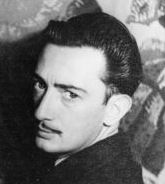