I haven’t read any first-hand reports about day-to-day Baghdad realities in a long while. I think I stopped being interested after seeing No End in Sight, which convinced me that Americans had screwed things up so horribly they needed to just get the hell out and never come back. But today I read a piece about here-and-now Baghdad that got me. 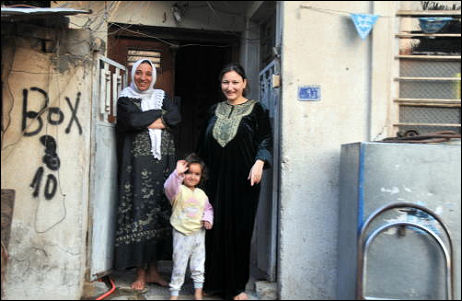 It’s called “Baghdad in Fragments” and was posted today by freelance journalist Michael J. Totten, who supplies his own half-decent photographs. It’s good reporting. He needs Pay Pal contributions. I’m going to send him one next week when I get some more money in.

“‘I forgot my AK was loaded,’ one of them said to me recently after he damn near shot his foot off,” Lieutenant Kane said. “I asked him why he was carrying it by the trigger. ‘That’s how I always carry it!’, he said.”

“‘Some go out of the station with their helmets on the back of their heads and their shoes untied,’ Lieutenant Kane said. ‘They’re like kids.’

“‘Just wait until they’re running this place by themselves,’ I said.

“‘I don’t even want to get into that,” he said. ‘Some of these guys completely freaked out last week when Iraqi Army soldiers fired a warning shot near them. Their eyes got huge, and they were like, whoah.’

“‘Then there are other people,’ he said, ‘who shrug when bombs go off in their neighborhood as long as their windows don’t get blown out. They say ‘Oh, it’s just a bomb, it’s not a big deal.'”