In Robert Schenkkan’s stirring but somewhat limiting All The Way, which I saw last night, Bryan Cranston captures the cagey manipulation and animal spirit of Lyndon Baines Johnson without really sounding like him or even adopting the drawly laid-back accent that the 36th President used. But he’s a locomotive, all right — a ball of spit, piss, gravel and fire. All my life I’ve thought of Johnson’s five-year presidency as tragic — the big man who had it all and then lost it all. The play ignores all that in order to focus on LBJ’s more-or-less triumphant phase from November ’63 to November ’64 when he calmed the nation in the wake of JFK’s murder, managed to push through the 1964 Civil Rights Act and then was elected President by a landslide. Honestly? I felt engaged but not enthralled. Respect and interest start to finish, and delight and amusement from time to time. But I wasn’t emotionally engulfed. And yet it’s an expertly written ensemble piece and a crackling political drama. Good enough, money well spent, not worth going after. 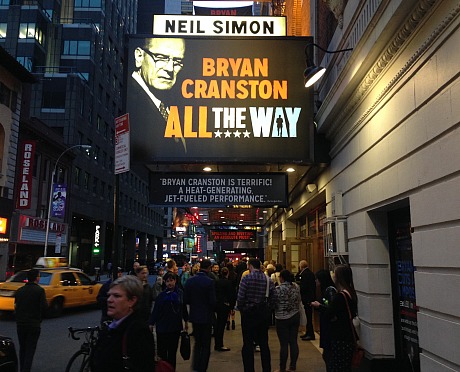 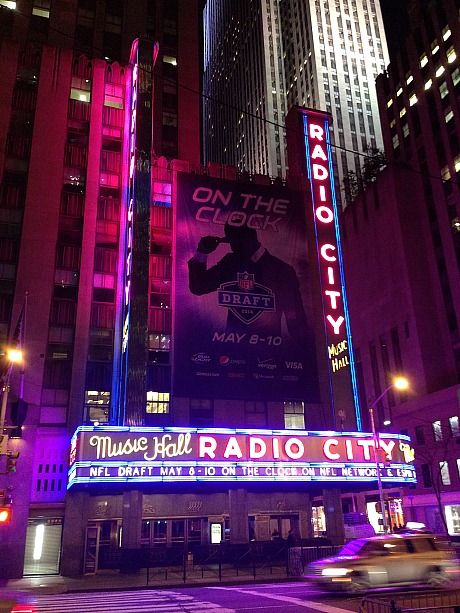