Scene From a Marriage

In a just-out Vanity Fair cover story by Maureen Dowd, Tina Fey‘s troll-ish musician-composer husband Jeff Richmond recalls that “when we were first dating [in 1994], some of the guys at Second City said, ‘Hey, wouldn’t it be a hoot if we go over…'” 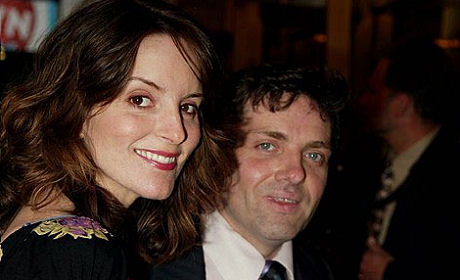 “‘I know how she feels about some things,” Richmond tells Dowd later on. “We never had to deal with any of this but, like, adultery. Just looking at examples from other people’s lives, we know that anything like that, messing around, is just such a complete ‘no’ to her. And she has her principles and she sticks to her principles more than anybody I’ve ever met in my life. Like that whole idea of, if you are in a relationship, there are deal breakers.

“‘There’s not a lot of gray area in being flirty with somebody. She’s very black-and-white: ‘We’re married — you can’t.’ [Richmond] calls their marriage ‘borderline boring — in a good way.’ And Fey concurs: ‘I don’t enjoy any kind of danger or volatility. I don’t have that kind of ‘I love the bad guys’ thing. No, no thank you. I like nice people.'”

People in successful marriages — i.e., the ones that more or less “work” — know this, but it’s not written about or discussed all that much. To be in a stable marriage you have to accept — no, embrace — borderline boring as a day-to-day fact of life. But woebetide the marriage that tips a bit deeper into stasis and becomes draggy or soul-stifling. Or, for that matter, the husband or wife who imagines he or she can get away with a little flirty tingle (or worse) on the side. 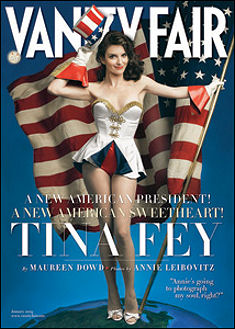 Okay, you can for a while, especially if you approach it in the right way (i.e., like a CIA agent in East Germany during the height of the Cold War) but all catting-around comes out in the wash sooner or later.

Marriage can be really tough. If things take a wrong turn it can weigh on your soul. It’s not for sissies or dilletantes. Sometimes I think Tilda Swinton and her husband have a fairly good thing going.

But as many men have said to themselves (particularly when young), “What is life without at least a little risk?” I’m not talking about infidelity. I’m saying that knowing or feeling that your vibrancy or currency isn’t gathering dust on the shelf, that it is valued or sought out by others, can lift your heart and soul up and out in all directions — glowingly, resplendently. And we all need that. We also know that most marriages come up short as far as providing that kind of nurturing or inspiration.

To be in a good marriage you have to either be very passionate and creative about giving this to your mate, or else be very resigned and almost farm-animal-like in the knowledge that you’re just going to have to do without. We know this.