Two grabbers in Michael Schulman’s 2.27 New Yorker piece about political strategies in the Oscar race (“Shakeup At The Oscars“):

(1) Condolences to longstanding, influential, hard-working Oscar strategist Tony Angelotti for being referred to in Schulman’s piece as “an awards consultant named Tony Angellotti” while the NY-based Cynthia Swartz and the LA-based Lisa Taback are described as “the queens of East and West.” Imagine if Schulman had described Angelotti as “a veteran Oscar strategist” while mentioning “an awards consultant named Lisa Taback.” Both are technically accurate statements, but the blowback would have been significant. 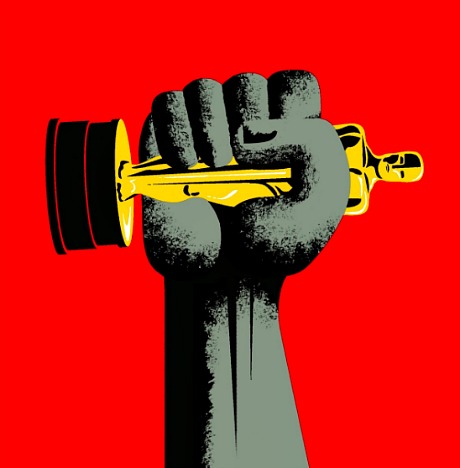 But Academy president Cheryl Boone Isaacs‘ “mini-purge” — an attempt to get rid of the Academy deadwood that was first announced in January ’16 — “ended up affecting less than one per cent of the membership, or about seventy people.” That’s all?

Posted on 2.2.16 (“If The Academy Had Only Followed My Weighted Ballot Suggestion…”): “A lot of older Academy members have expressed outrage about losing their voting privilege because they haven’t worked or been ‘active’ within the last ten years. (Along with the Academy’s vague suggestion that their advanced age means they’re probably racist on some level.) If the Academy had only listened to my suggestion to the deadwood problem, nobody would be upset and the community would be more or less at peace.

Posted on 9.30.10: “If the over-60 Academy members fail to note that The Social Network is a brilliant, whippersnapper Citizen Kane-level movie about the Realm of the Now (and the Very Recent) that addresses CLASSIC THEMES, what am I supposed to do about it? Send them a complimentary month’s supply of Depends?

“I’ll tell you what SHOULD be done about it. All past-it, over-the-hill geezers should be COMPASSIONATELY EXPELLED FROM THE ACADEMY. This is not a put-down or a putsch or a purge. It’s just that when a genuinely good movie comes along and people are too thick to at least show respect and acknowledge that it’s doing several things right, then there’s only one thing to do and that’s to cut them off. Because all they’re doing is STANDING IN THE WAY.

“What did George S. Patton (George C. Scott) do when he found a mule obstructing his troops in Italy? He shot the mule and had him thrown over.”