In a 6.23 Wired piece, Scott Brown has portrayed — emphasized — director Chris Nolan‘s commitment to keeping the hard-drive special effects down to a minimum in The Dark Knight. “For Nolan, reality beats the hell out of gee-whiz special effects,” Brown writes. And to this goal, Nolan has “a cogent Theory of Applied Batmatics,” which means an “insist[ance] on reality — no effects, no tricks — up to the point where insisting on reality becomes unrealistic. 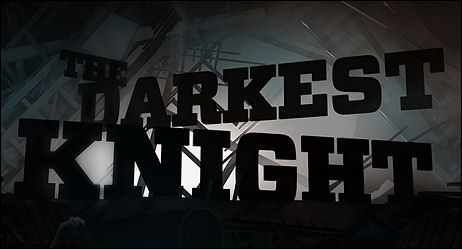 “Then, in post-production, make what is necessarily unreal as real as possible. ‘Anything you notice as technology reminds you that you’re in a movie theater,’ Nolan explains. ‘Even if you’re trying to portray something fantastical and otherworldly, it’s always about trying to achieve invisible manipulation.’ Especially, he adds, with Batman, ‘the most real of all the superheroes, who has no superpowers.’
“How ‘real’ are we talking here? When Nolan unveiled a six-minute Knight prologue on Imax screens last December (a twisty bank heist with a jarring Joker reveal), it was clear that his cinematic vision owes more to director Sidney Lumet than golden-age DC comics. You can feel the tension of Lumet’s 1975 Dog Day Afternoon and Michael Mann‘s 1995 drama, Heat.”