Thanks to Neon and Acme for inviting Hollywood Elsewhere to last Friday’s invitational drive-in screening of Alex Gibney, Ophelia Harutyunyan and Suzanne Hillinger‘s Totally Under Control. It happened at the Vineland Drive-In in the City of Industry, which I’d never once visited in all my years here. And why the hell would I?

Under the best traffic conditions a late-night drive between West Hollywood and Industry would take 35 to 40 minutes. Alas, the screening was at 7:30 pm. We left around 6:20 pm. It took us about 90 minutes to get there. Mostly stop-and-go misery. Obviously we asked for it.

I had assured Tatiana that Gibney always delivers first-rate docs, and that visiting Industry might be a kind of exotic adventure. I can’t say that it was. Tatiana respected the film, but didn’t seem as engaged as I was. Screen-content aside the coolest thing about the screening was the close proximity of railroad tracks and watching a couple of double-decker Amtrak trains roll by.

Next time I’m invited to the Vineland, I’ll probably say “thanks but no thanks and all the best.” 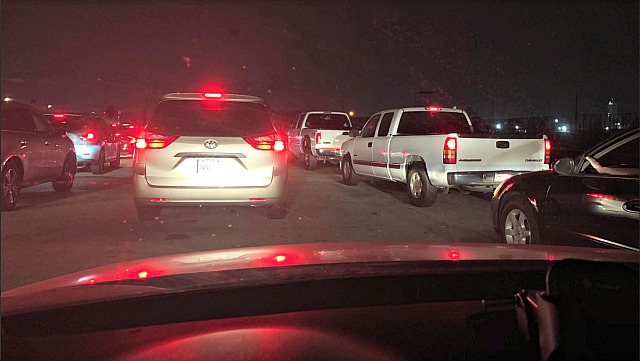 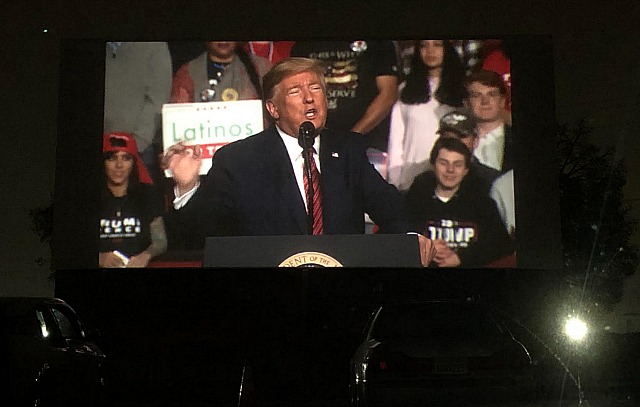 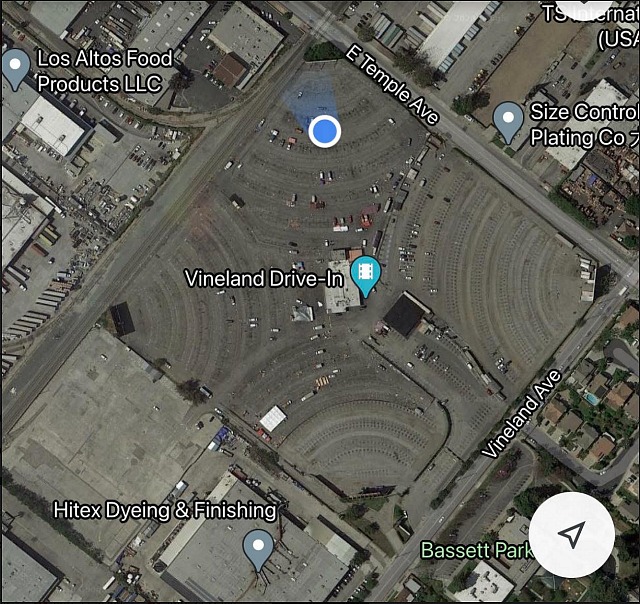 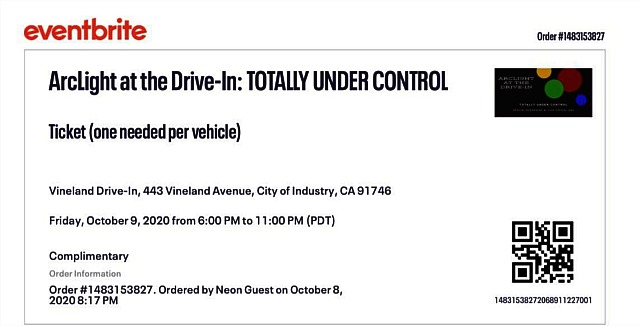