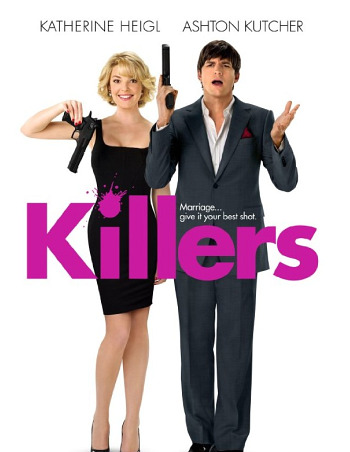 The way Ashton Kutcher seems to be half-yawning is a mistake, I feel. He’s trying to suggest a certain nonchalance (“don’t worry, baby….getting shot at by rival spies is no biggie”) but it comes across as a kind of boredom. And Katherine Heigl ‘s haircut makes her look much older than she seemed to be in Knocked Up, like she’s 38 or 39 and lives in the suburbs.