After being under-valued, barely acknowledged and even ignored by too many film critics and pundits, Twitter forecasters, Joe Popcorn industry veterans, award-bestowing critics groups and award-season prognosticators (not to mention the less-than-prescient Critics Choice Association), Parellel Mothers‘ Penelope Cruz has been awarded LAFCA’s Best Actress trophy.

A reputable critics group has finally stood up for the finest female performance of 2021.

Hollywood Elsewhere insists upon taking partial credit for Cruz’s LAFCA win — no other columnist-critic has pushed Cruz as hard as I have over the last several weeks…nobody. You can’t say that Hollywood Elsewhere’s never-say-die advocacy didn’t help to move the needle a little bit in Cruz’s favor.

The Worst Person in the World‘s Renate Reinsve was voted the first Best Actress runner-up in the LAFCA voting.

LAFCA has given Drive My Car their Best Picture award.

3:35 pm: Otherwise the other LAFCA foodie winners fell into right line with the “living in a separate universe” aesthetic. The Best Picture winner hasn’t been announced as we speak but… 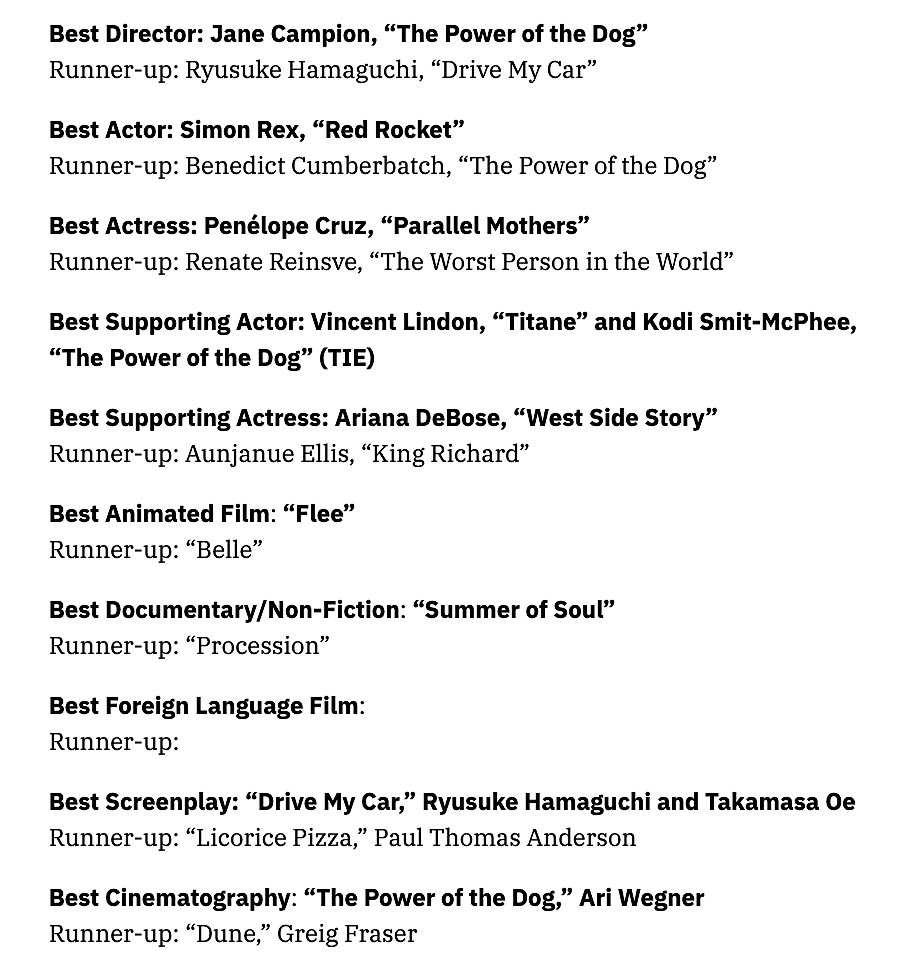