I can’t embed this Channel 4 promotional ad for a series of Stanley Kubrick films they’ll be showing, but it’s ingenious — a carefully choreographed, superbly designed and exquisitely cast tribute to The Shining. The sets, the haircuts, the mood of it…perfect! Except I can’t find the actor playing Kubrick or Jack Nicholson. I guess I need to watch it a few more times. (If it’s embedded somewhere, please send along the code.) 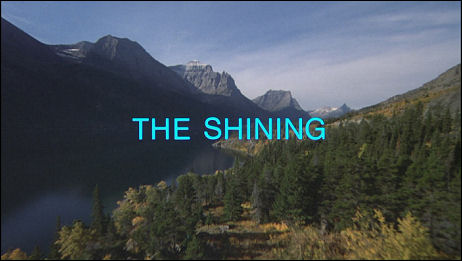 “Channel 4 has painstakingly recreated the set of Stanley Kubrick horror film The Shining,” the story reads, “complete with look-a-likes of the crew and cast members including Shelley Duvall, for a TV ad to promote a More 4 season of the director’s films.
“The 65-second promotional spot has been filmed as a one-take tracking shot through the recreation of The Shining.
“Viewers get Kubrick’s point of view as he walks through the set, ending up in his director’s chair as the crew prepare to shoot the famous scene of Danny Torrance, the son of Duvall and Jack Nicholson’s characters, riding round and round the deserted corridors of the Overlook Hotel.
“The promo, filmed as a single tracking shot with a cast of 55 actors, was meticulously researched to ‘remain as faithful as possible to the period in which it was shot and the culture of the British studio in the late 1970s”.