I can’t remember the last time I’ve taken such an instant dislike to an actor as I have to Josh Peck, star of The Wackness (Sony Classics, 7.4 in N.Y. and L.A.) It’s lazy to do this, but I can’t express it any better than I did last April: “Peck obviously does well at playing young urban white guys who talk in a street argot that is part imitation ‘black’ and part whatevuh,” I wrote last April, “but in any case suggests a total inability to convey an air of refinement and higher education. 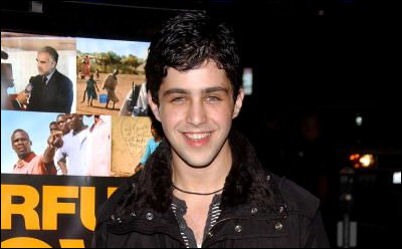 “Is there any circumstance in which any casting director, no matter how whacked, would use this guy to play a small-town cop in Oregon, an assistant to a U.S. Senator, a young suburban dad, a used-car salesmen from Cranford, New Jersey, or anything other than a what-up homie who sells tabs of ecstasy and dilaudid in Tompkins Square Park?
“In other words, Josh Peck is basically Leo Gorcey. Nothing wrong with that, exactly, except that he has one trick and one rap and thassall.”