In their 12.15 piece about yesterday’s announcement of the 2010 Golden Globe nominations, N.Y. Times reporters Michael Cieply and Brooks Barnes report that “what got Hollywood buzzing was the complete shutout of a perceived Oscar front-runner — Paramount’s True Grit, directed by Ethan and Joel Coen — and the boost voters gave to The Fighter, a gritty boxing drama that took more than four years to make and that received six nominations.”

Cieply and Barnes are right — HFPA’s True Grit shutdown and its support of The Fighter was one hell of a surprise to the Hollywood community, and indeed to the world. Unless, that is, you’d been reading my comments about these films since they first began to be shown, in which case the Golden Globe noms would have gotten a shrug. I don’t give a shit about the Globes, but their nomination sentiments are usually in line with the Academy’s, and as soon as I saw these two films I sensed a fairly obvious current — The Fighter has it and True Grit doesn’t.

In a 12.1 review, I explained that Grit was a remote and mostly dislikable film, and that “craft only gets you so far…a film has to be about something that matters to many if not most people. True Grit [is] beautifully made with some deliciously formal old-west dialogue (much of it straight from the Charles Portis novel, I gather) and a smart, spunky debut performance from Hallie Steinfeld, but it’s basically a cold and mannered art western that matters not.

“The Coens are obviously cream-of-the-crop fellows but I didn’t give a hang about any of it. Their film has a certain historical charm and color but it feels too brusque and chilly, and it’s nowhere near as amusing as I’d heard it would be.”

In an 11.12 piece called “Fighter Takes Manhattan,” I said without equivocation that David O. Russell‘s film “is not a ‘possible’ Best Picture nominee,” as Indiewire‘s Anne Thompson had put it. “It’s a lock for it, and if this doesn’t happen something is really and emphatically wrong with the Academy membership.” 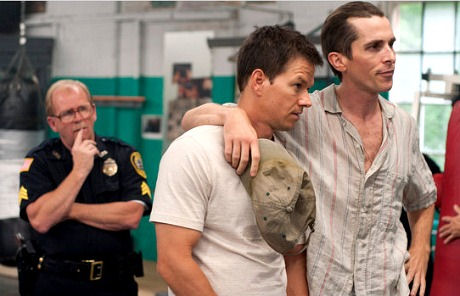 On 12.8 I wrote that I’d “suggested to a columnist pal that he needs to focus on the surging of The Fighter as a Best Picture contender. This is a really well-made, deeply populist, authentic blue-collar drama that’s much better and far less sappy than…I don’t even want to mention Sylvester Stallone‘s Rocky because it just diminishes The Fighter‘s brand when I do that.” And then I gushed again on 12.10.

So who was saying that True Grit would be a contender? David Poland (bestower of the “curse”), Anthony Breznican and…? And who was pooh-poohing The Fighter‘s chances? Indiewire‘s Anne Thompson said a few weeks back that Russell has to pay for his You Tube on-set tantrums, but of course Fighter costar Christian Bale is just as renowned in this realm and is all but guaranteed to be nominated for Best Supporting Actor, and is in fact looking like the likely winner. I don’t think Russell has any lingering Huckabees issues because he’s wearing his hair shorter, and since he was wearing it much longer during Huckabees people, I think, get the symbolism of this.