Kirk Douglas‘s last brawny action film was Jeff Kanew‘s Eddie Macon’s Run (’82), which he made in his mid 60s. He continued to play strong characters in challenging situations into the early aughts (The Man From Snowy River, Tough Guys, Final Countdown, Greedy), but the rugged action stuff seemed ill advised after Eddie Macon — why push it?

Harrison Ford (born on 7.13.42) was different — Douglas was Douglas but Ford had his own path to follow, and so he continued to make action films into his ’70s. Alas, he fractured his ankle (or was it his leg?) during shooting of Star Wars: The Force Awakens in 2014, when he was 71. (More bad luck than age-related.) And then those piloting mishaps occured — the Venice golf-course crash on 3.5.15 (the plane’s fault, not Ford’s), and two strategic landing errors — one at John Wayne Airport on 2.3.17, and a second at Hawthorne airport on 4.24.20.

And now he’s suffered a shoulder injury on the set of Indiana Jones 5, and is taking a break from filming while the wound is treated.

We all admire Ford’s spirit and gumption, but he’ll be 79 next month — it’s not exactly a surprise that he’s succumbed to injuries and errors of judgment, is it? Same difference when Robert DeNiro, a year younger than Ford, damaged one his quad muscles last month while working on Martin Scorsese‘s Killers of the Flower Moon.

Part of the syndrome is psychological, I’m guessing. When presented with a physical challenge of some kind, older guys will say to themselves “I might be in my 70s but I feel like I’m 47…fuck it, I can do this, no sweat.” And then they do the thing and the body — surprise! — doesn’t perform as expected. 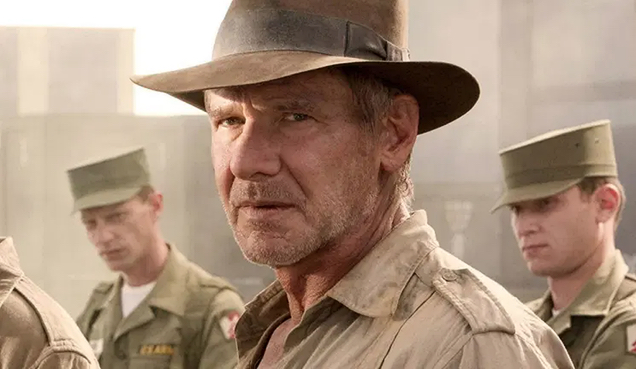