A bit less than a month ago (5.26.21) a Sharon Stone interview by Zoomer‘s Joanna Schneller (“Sharon Stone On Healing Through Her New Memoir, Hollywood and the Idolization of Meryl Streep“) popped up. I’m sorry but it escaped my attention.

The money portion was about Stone complaining that Streep has been placed on too high of an industry pedestal, even if she’s better at certain kind of roles than Stone might be because, all things being fair and equal, Stone owns other kinds of roles and she might be under-valued all around, and yet Streep is shown too much deference, etc.

“‘If we worked in a supermarket, Meryl can’t always be the No. 1 checkout girl,” Stone says. “We’re all doing our jobs. Everybody gets to get better, and everybody gets to sometimes have that not great a day. Even Meryl.”

Translation: Many of us are “older”, yes, but our Wikipedia pages say I’m nine years younger than Streep, and I want a shot at some of the same roles she’s always routinely offered. C’mon…loosen up, adjust your thinking! 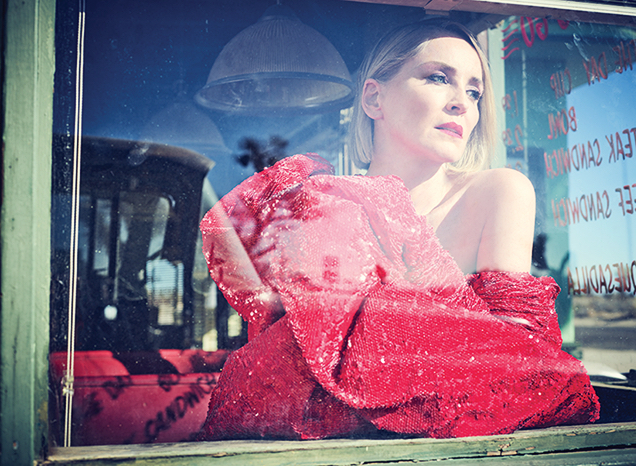 Yesterday Jordan Ruimy texted me: “Have you written about Sharon Stone’s comments on Meryl Streep? I only read about it today.”

HE to Ruimy: “11 and 1/2 years ago Stone told The Independent‘s Anita Singh that Streep looked ‘like an unmade bed.'”

Ruimy to HE: “Here it is — a Zoomer interview. The good stuff starts around paragraph 20.”

From Schneller’s Zoomer interview “I actually agree with you,” I start to say — “I’m a much better villain than Meryl,” Stone goes on, “and I’m sure she’d say so. Meryl was not gonna be good in Basic Instinct or in Casino,” for which Stone earned an Oscar nomination. “I would be better. And I know it. And she knows it. But we’re all set up to think that only Meryl…” — here Stone’s voice goes all breathy, and she stretches out her arms in an arabesque, left arm forward — “is so amazing…” -– right arm forward — “that when you say her name…” — left arm forward — “it must have been amazing…” — right arm — “for me to work…” — left arm — “with her.”

“I’m so sorry,” I start to say — “That’s how you’re set up to ask the question…that’s how we’re set up to think,” Stone says. Breathy voice again: “Because I could never touch the heights…We’re all labelled the Queen of Something. I’m the Queen of Smut! She’s the Queen of That! We all have to sit in our assigned seats. Are you kidding me? If we worked in a supermarket, she can’t always be the No. 1 checkout girl. We’re all doing our jobs. Everybody gets to get better, and everybody gets to sometimes have that not great a day. Even … Meryl.”