HE to commentariat: If you were Joe Biden‘s most trusted advisor, would you urge him to accept a four-hour, audience-free debate with President Trump on the Joe Rogan Experience? Trump has suggested that he’s down with it, but I were counselling Biden I would insist that two conditions be met.

One, a two-hour debate, not four. Three at the most. Because Biden, I fear, might not be able to keep his energy up and cognitive discipline at peak levels during a four-hour period. He would almost certainly be a less effective communicator during the final hour, and perhaps during the last two. Trump is a lying, run-at-the-mouth moron and would certainly reveal himself as such, but he seems to have more coal in the engine than Biden. If Pete Buttigieg was the Democratic nominee, four hours would be fine.

And two, Rogan is in Trump’s corner (he apparently believes that Biden has cognitive decline issues) so there would have to be a neutral, whipsmart fact-checker participating with an equal voice in the discussion, just as regular debate moderators have been at liberty to point out factual errors during conventional presidential debates. This would obviously put Trump at a huge disadvantage, but he’s an incorrigible liar and nonstop bullshitter and would just blow smoke up everyone’s ass without a fact-checker calling foul when necessary.

I’m not entirely sure if the four-hour format is Rogan’s idea or it’s speculation on someone else’s part, but if Rogan is indeed suggesting this it shows you where he’s coming from. Biden would get through it, course, but he the 78-year-old Democratic nominee would probably have difficulty keeping his best game going for 240 minutes straight, particularly alongside the evil Trump locomotive.

Biden is seemingly healthier (trim, agile, eats well, works out) and Trump is probably a dying animal (obese, McDonald’s diet, may have suffered from a stroke last year) but in a sitdown debate Trump’s health issues would not be an apparent factor.

All that said, there’s something truly exciting about this idea, and I’d like to see it happen. But only under the right conditions. 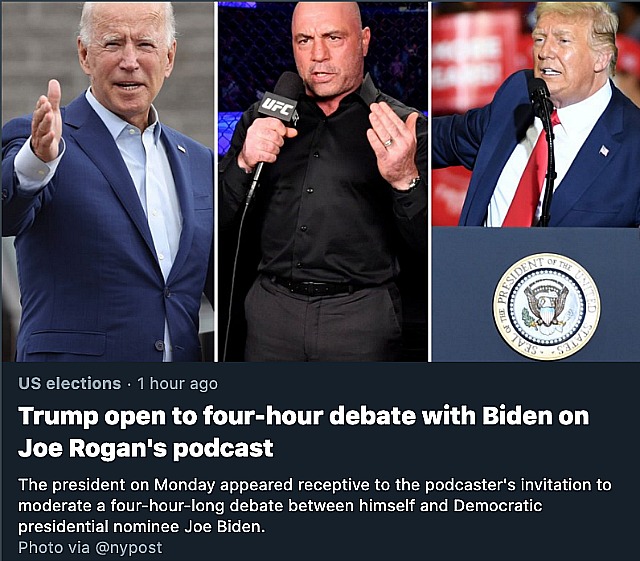 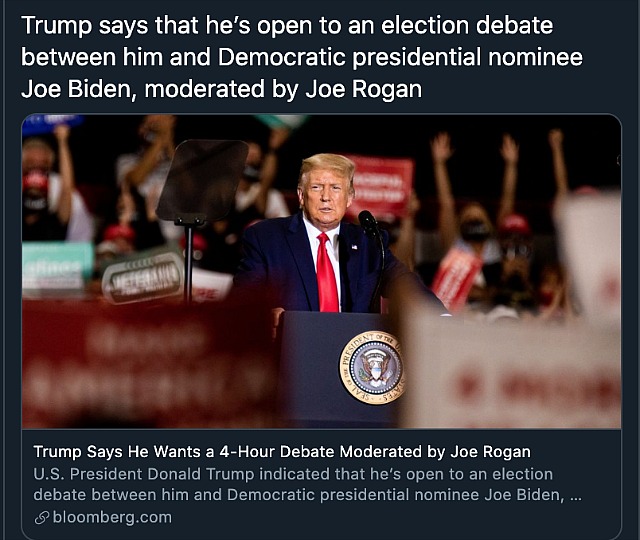 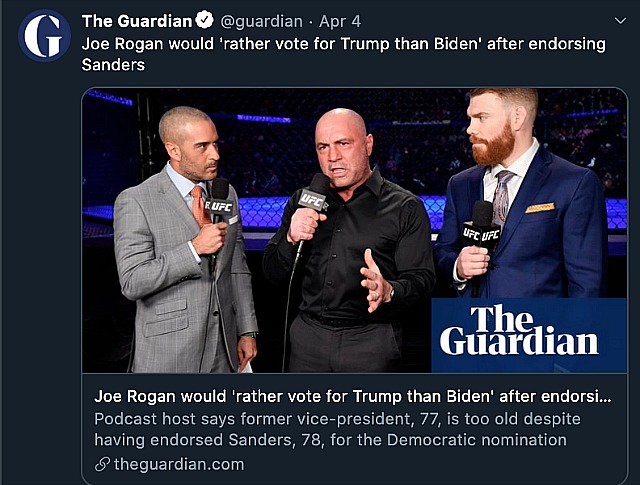