Cary Joji Fukunaga‘s Sin Nombre, which opens tomorrow (and which I finally saw this evening after missing it at Sundance) is the second near-great, sterling-silver, belongs-to-the-ages movie I’ve seen this year. (The first one that qualifies is The Hurt Locker.) It’s a tough, fully-believable story about survival, love, family and fate. (Or luck, as it were.) Every frame in Sin Nombre is solid, lean, gristly and true. There’s no question about it — Fukunaga is a major new director. 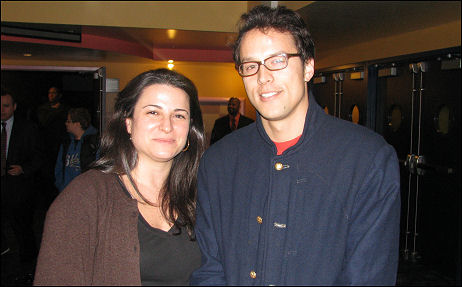 The focus is on Central American immigrants trying to hike and train it through Mexico in order to slip into the U.S., and also about the ghastly Dante-esque existence of being a hardcore gang member (like the Mara Salvatrucha gang from Tapachula, Chiapas). Nothing in this film is out of proportion. Nothing is forced, fake, “acted” or levitated. Please catch it soon. You’ll be telling your friends what I’m saying here.