Skin Of My Teeth

I was almost given a costly parking ticket yesterday. I had foolishly parked the Yamaha Majesty next to a red curb and a fire hydrant, directly in front of the main entrance to West Hollywood Pavilions. I’d parked in the same spot many times, and for my own mystical reasons I’d never considered the possibility that I might be risking a fine.

One, the fire hydrant was painted almost the same bright yellow color as a nearby pair of metal posts, and it didn’t look like a hydrant as much as an object d’art of some kind. Time and again I’d considered the yellow hydrant and posts and thought “those look very nice” but not once did I say to myself “that’s an actual fire hydrant so I’d better park somewhere else.”

So if you ask me it was basically the fault of the City of West Hollywood for making things look too pleasant and attractive and spiffy.

Two, the bright red paint on the curb was also pleasing to the eye (yellow-red contrast) and again this was WeHo’s fault. The designers distracted the eyes of Average Joes. Most of us are inclined to obey the law, but it’s unfair, so to speak, to use camoflauge and vivid colors to throw people off. Not to mention the attractive cactus plants between the yellow posts and the hydrant.

Luckily I came out of Pavilions and greeted the ticket guy before he’d begun writing me up. I didn’t argue with him, and I certainly wasn’t dumb enough to insist that I was innocent, or to accuse West Hollywood of distracting law-abiding citizens with bright, attractive colors. I just said it hadn’t occured to me that I was breaking the law because the hydrant didn’t look hydrant-y enough.

“But you’re also parked next to a red curb,” he said. “How could you possibly miss that?” I said I didn’t know how, but that somehow it hadn’t occured to me.

Then we started talking about the rumblehog, and he wanted to know the manufacturer and model. Then my “Pete Buttigieg for President” bumper sticker, followed by a discussion of my 1960 “Kennedy for President” sticker. And this and that and before you knew it the ticket guy decided not to ticket me, and I told him I was very grateful. 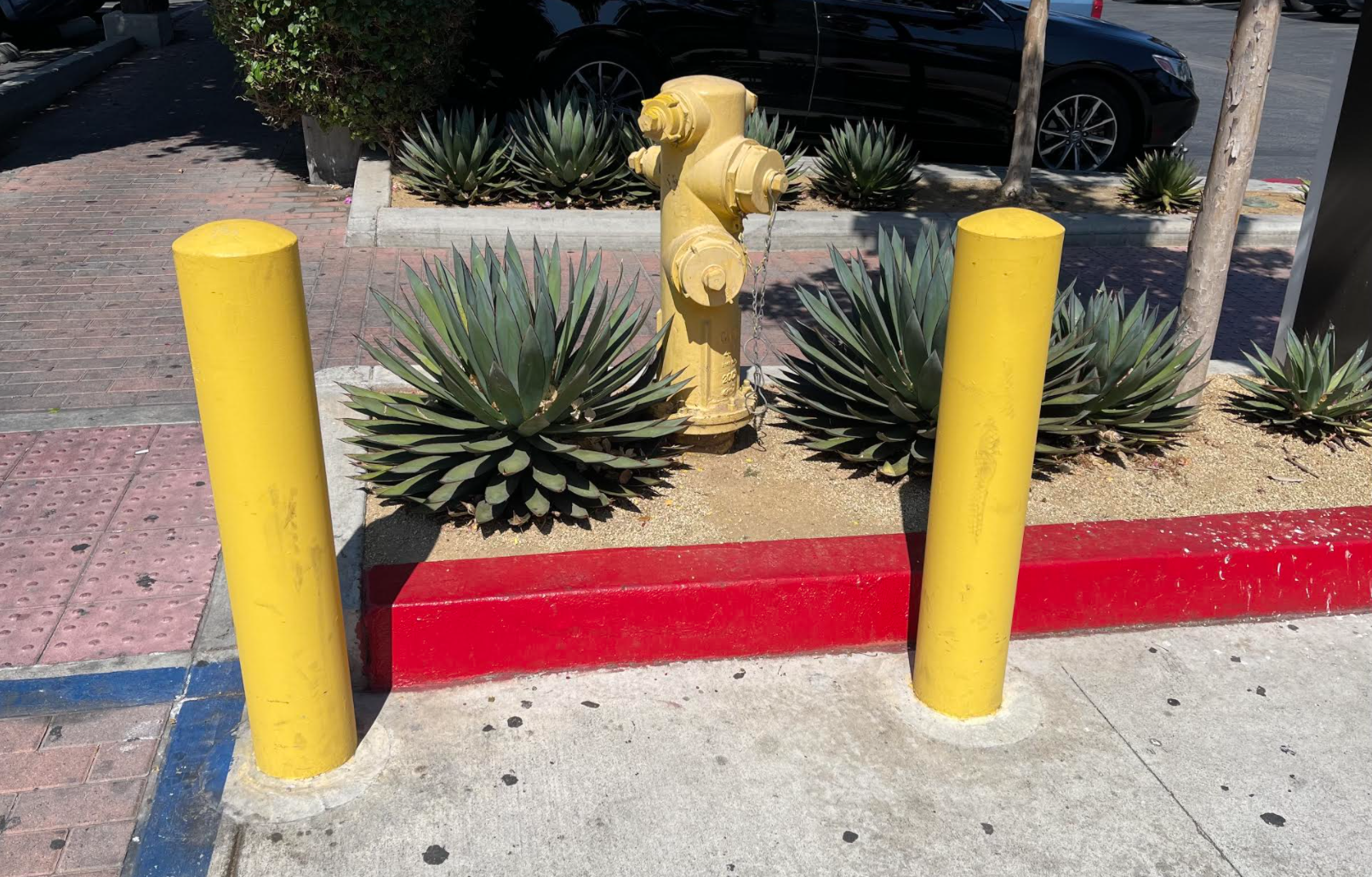 August 7, 2021by Jeffrey Wells25 Comments
« Previous post
“We Did Not Come To Blows But…”
Next post »
Father and Son