On Thursday evening the remnants of the company once known as New Line Cinema — 48 people, although it could be more like 45 — will be celebrating their annual summer shindig at Sky Bar. The theme of the party, I’ve been told, is “hey, we didn’t get whacked!” Okay, I wasn’t really told that. 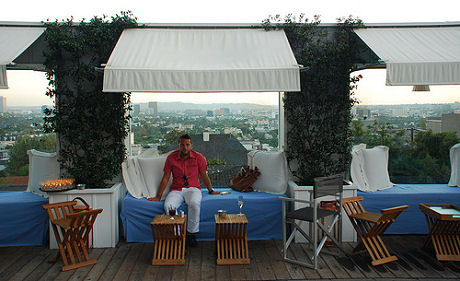 Something in the vicinity of 450 L.A. New Line employees were guillotined last April as part of the Warner Bros.-mandated engulfment-and-downsizing, and that’s not counting the New York staffers who were also given their walking papers. It’s an old New Line tradition to have a big summer celebration in August and also a holiday party in December. NL production chief Tobey Emmerich could have decided to cancel the Thursday party as a gesture of mourning for the chopped ex-employees, but you have to grim up and live in the now.