So Which DGA Nominee Will Take Best Picture Oscar?

Does this mean these films will come to be regarded as the leading Best Picture nominees? Not necessarily but quite possibly, and this is what has sent me into a howling tailspin.

Because among these five and in the eyes of the egalitarian Movie Godz, only West Side Story and Licorice Pizza are really and truly good enough in a genuinely discriminating, emotional, full-hearted sense to warrant top-five status, and yet we all know they probably won’t win because, according to conventional thinking, (a) WSS wasn’t really necessary to begin with plus it died at the box-office and (b) Licorice Pizza, which I liked for the most part, is regarded as too catch-as-catch-can, too meandering.

Im short, it’s suddenly hit me like a waffle iron crashing into the left side of my face that the three films most likely to win the big prize are Belfast, The Power of the Dog and Dune. We all know that Dune can’t win (too many people hated it) so it’s down to Belfast and The Power of the Dog.

Here are HE’s picks for the ten best films of ’21 — King Richard, Parallel Mothers, West Side Story, Spider-Man: No Way Home, The Worst Person in the World, A Hero, Riders of Justice, No Time To Die, The Beatles: Get Back and Zola. The second ten are Cyrano, Licorice Pizza, The Card Counter, In The Heights, The Last Duel, No Sudden Move, Titane, The Tragedy of Macbeth, Drive My Car and Summer of Soul.

I can’t believe this is happening, but it is happening. I’m shocked, I’m stunned, I’m out of breath, etc. Some where in West Los Angeles, Sid Ganis is chuckling.

If these five are indeed the hottest Best Picture contenders, HE believes that the only truly justified winner in the eyes of the Godz would be West Side Story. 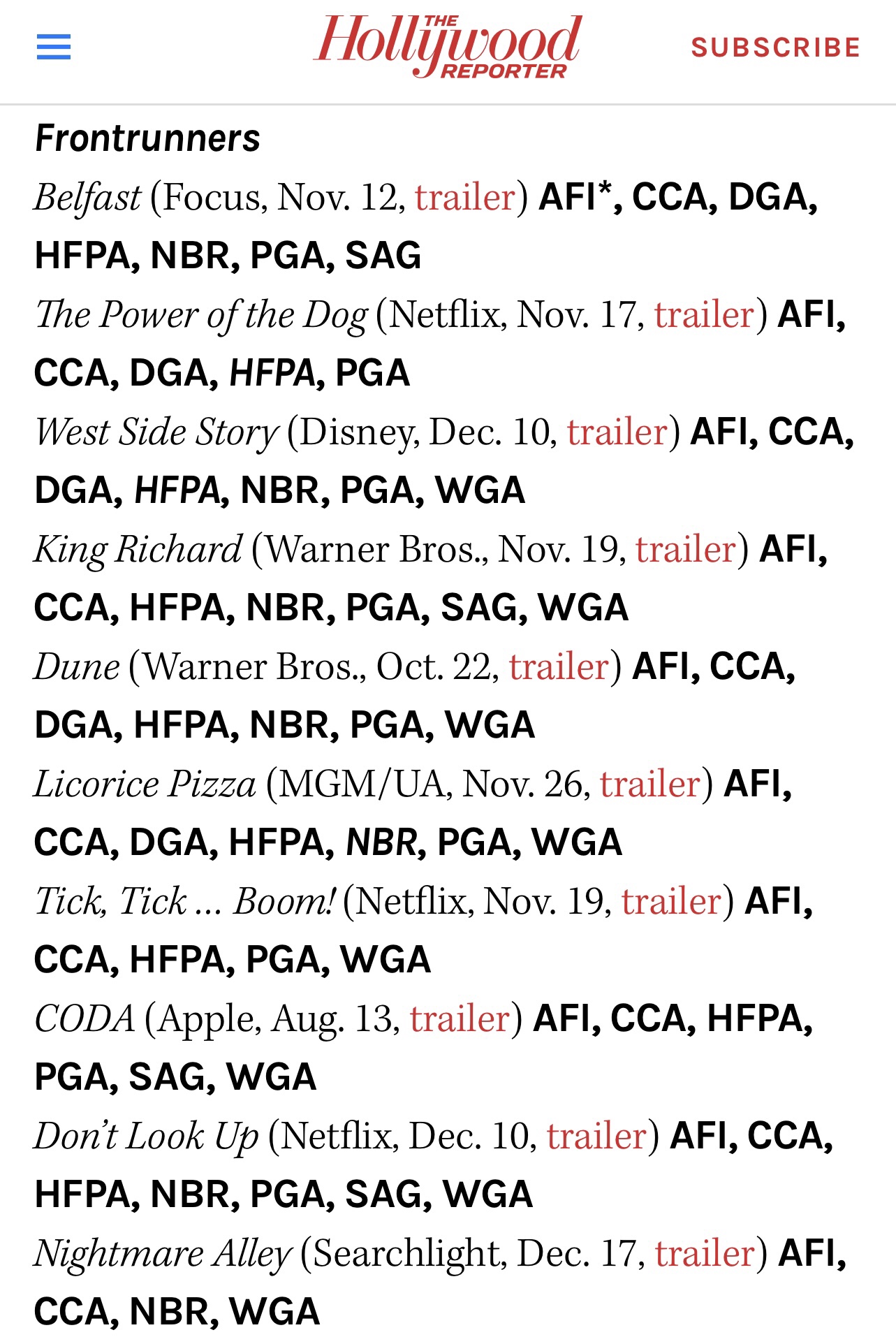