Last night I caught a Brooklyn Academy of Music screening of Anthony Arnove‘s The People Speak, a 2009 doc that uses the main lessons of Howard Zinn‘s A People’s History of the United States in order to illustrate, dramatize and musically entertain. 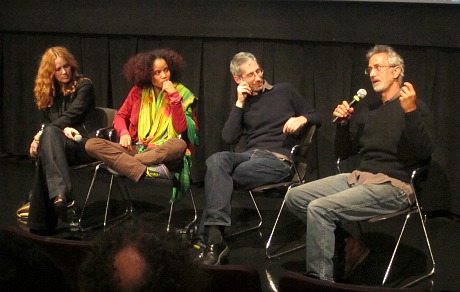 There was a post-screening q & a with co-director Arnove, executive producer David Strathairn, singer Allison Moorer and author-poet Staceyann Chin.

The People Speak is basically a parade of earnest showbiz lefties reading passages from Zinn’s book and occasionally performing songs that pertain to its themes. It was mainly shot in front of an audience at Boston’s Cutler Majestic Theatre in January 2008, and then later at the Malibu Performing Arts Center for a Bob Dylan music sequence.

There are only three or four primary points in Zinn’s book, to wit: (a) all rights have to be fought for, (b) politicians will always resist change and go along with the bidding of the wealthy unless otherwise persuaded, (c) social justice is never gently bequeathed or easily accomplished — it always results from a difficult and protracted struggle, and (d) more often than not the super-wealthy have done what they could to subjugate their social lessers and make life difficult for them in this and that way (and therefore that George H.W. Bush‘s “thousand points of light” myth is basically a crock). 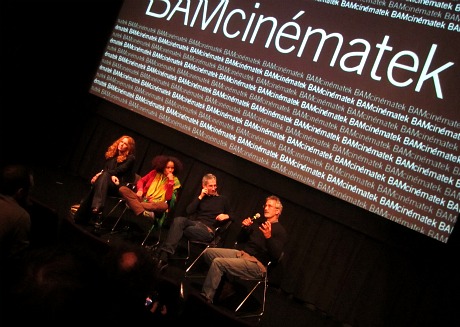