“Spike Lee’s Inside Man, a 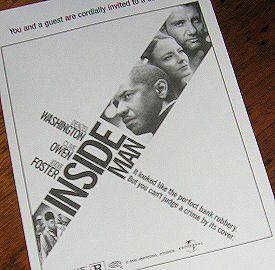