In response to yesterday’s Sweeney Todd episode at Leows Boston Common plex, HE reader Wrecktum remarked that “the biggest travesty” affecting the poor-projection-standards problem in the nation’s theatres “is that audiences never care. They’ll sit through a movie with green scratches on all reels, digital sound dropping out every few minutes, the image hanging half off the screen…bad splices, bad dirt, bad everything. And they don’t seem to mind.” 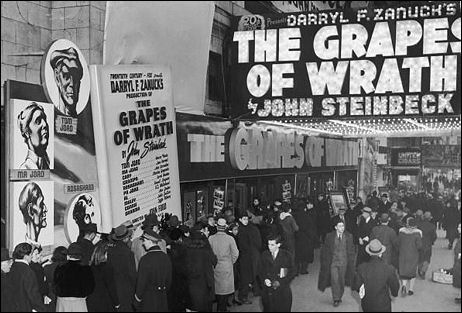 Sheep-like behavior is indeed the root of it. If only 10% of moviegoers had my attitude (i.e., politely but firmly pointing out problems if they exist), projection would be improved all around because squeaky wheels always get the grease. The underlying factor is that most moviegoers don’t seem to even notice when projection standards are poor (largely because they’ve never seen films projected the right way, as they are in studio screening rooms and theaters like L.A.’s Arclight), and of these 99.9% would rather suffer in silence than speak up. As they are in politics, American moviegoers are largely docile and vegetable.