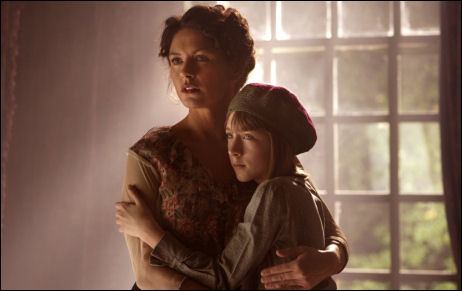 It seems strange or head-scratchy or something that this not-inexpensive drama about magician Harry Houdini (Guy Pearce) being conned by a fake medium (Catherine Zeta Jones) in a search for his dead mother has opened so quietly. It’s as if the film slipped into theatres through the back door. Part of the reason for the deafening silence is that the Weinstein Co. isn’t very flush these days, okay, but this was a really quiet opening. You could hear a pin drop.