I told Paprika Steen during a lunch earlier today that she seems to have moved beyond “acting” in Martin Pieter Zandvlier‘s Applause (12.3), about a brilliant but half-unhinged alcoholic actress. She performs the part, of course, but I didn’t fully believe that Steen (a Danish dogma star best known for Susanne Bier‘s Open Hearts and Thomas Vinterberg‘s The Celebration) was 100% acting. Deep down I was persuaded that she was mostly playing herself. 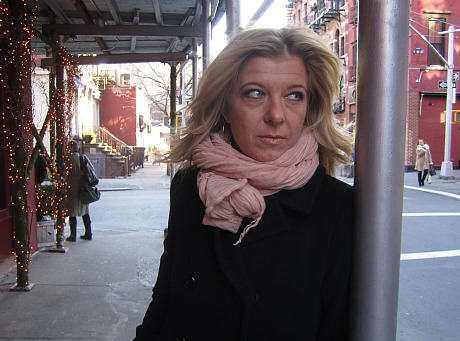 I’m not saying that she was, but that I believed as much. That, in my book, is acting of a very high and unusual order.

“Uh-oh,” she replied. “Maybe that’s not so good, people might think I’m a problem alcoholic.” No, no, I said — it’s a very good thing if people really understand, as I think I do now. For the record Steen, who’s on the tallish side, looks and seems un- addicted in most respects. She speaks perfectly fluid English without much of an accent. She has a exotic, vivacious smile and a magnificent mane of blonde hair and absolutely no trace of the somewhat puffy, boozy complexion she has in the film.

In short I thought she was okay and vice versa. We’re both Scorpios, etc. She seemed to enjoy my resemblance to Chris Walken. I taped our conversation, of course, and will run some of our conversation sometime tomorrow. 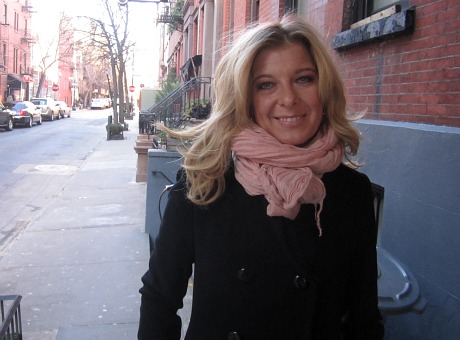 “Playing an alcoholic has been known to bring out the scenery chomper in the best of actors, Ms. Steen never puts a foot wrong, even though she’s playing two alcoholics, wild Martha with the meat-cleaver mouth and the more alienated, calculating Thea.