Jennifer Lawrence playing Zelda Fitzgerald, based on a screenplay by Emma Frost (The White Queen)?  Presumably embarked upon as a prestige acting project that will showcase Lawrence’s range, but sure, why not? And yet Ron Howard‘s interest in possibly directing the biopic sounds, no offense and due respect, like a pay-grade reach. Former Lionsgate exec Allison Shearmur, who worked with Lawrence on the Hunger Games franchise, will produce. Really? 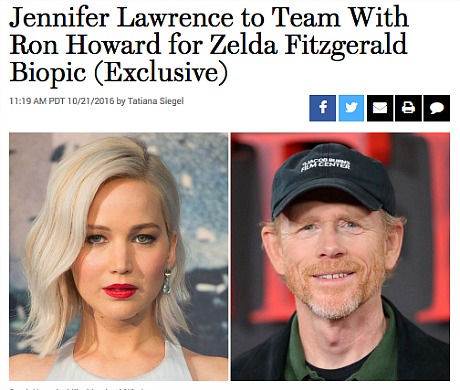