There’s nothing in Daniel Espinosa‘s Safe House (Universal, 2.10) that you haven’t seen many times before. Set in South Africa, it’s a cookie-cutter Bournedoggle about a CIA rogue-on-the-run (Denzel Washington) and a safe-house operative (Ryan Reynolds) who’s trying to keep him in cuffs. It’s shot like the Bourne series (hand-held, grainy photography, jazzy cutting), and Washington-Reynolds do a decent job with all the hand-to-hand combat and gunplay and car madness. 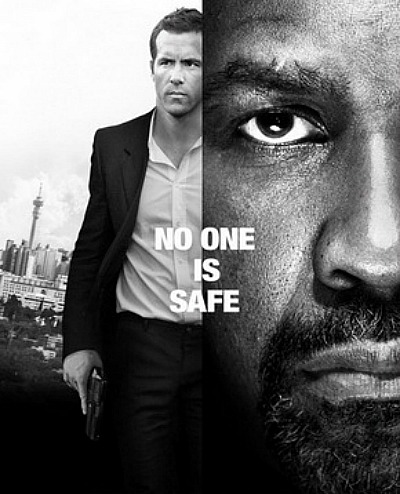 But…BUT!…I never felt bored or burned because the Swedish-born Espinosa, 34, really knows how to shoot and stage action like Tony Scott or Paul Greengrass. Or at least he knows how to work well with cinematographer Oliver Wood, who shot all three Bourne films. Espinosa seems to get the rules of this realm and understand a thing or two about thrillers (his 2010 film Easy Money was a huge Swedish hit), and he earns points for keeping the Bourne shakey-cam aesthetic on a leash.

And there’s certainly a comfort factor in watching a film that’s been made by someone who’s obviously more skilled than your average DGA clock-puncher. The very beginning, for instance, focuses on domestic small-talk dialogue between Reynolds and his French live-in girlfriend (Nora Arnezeder). It’s just a typical set-up scene, but Espinosa shoots in such a way that keeps you attuned and intrigued. He doesn’t frame or cut anything in rote fashion.

So even though it’s the usual razmatazz, you could do worse than see Safe House this weekend. I’ve seen the same chops and plot points used 18 or 89 times before (I’ve lost count) and the script delivers almost nothing original but I’m a sucker for well-engineered shooting and cutting. Go ahead, call me shallow. Guilty.