TheWrap‘s Tim Keaneally is reporting that Jackass star Ryan Dunn had a blood-alcohol concentration of .196, or more than double the legal limit, when he bought the farm in a flaming car wreck in Pennsylvania on Monday morning. 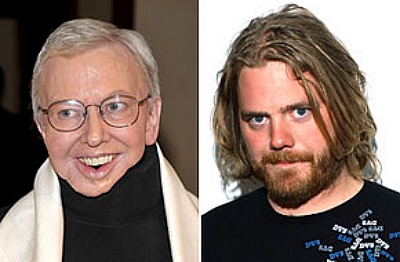 Roger Ebert apologized yesterday to Dunn’s friend Bam Margera and other tweeters who jumped all over him for criticizing the stupidity of Dunn driving under the influence, and for saying “friends don’t let jackasses drink and drive.”

Ebert needs to go right back on Twitter right now and tell these guys that venting rage over allegations that Dunn killed himself by driving bombed — which has now been all but proven — is an act of infantile denial, and that they need to be men and face the truth of it and take a look in their own mirrors they next time they start throwing down doubles before driving home.

Deal with it, Margera, if you’re reading this. Your good friend not only killed himself but also his passenger, Zachary Hartwell, because he was stinko. Instead of yelling at Ebert, you should be down on your knees and thanking God or fate that your wonderful responsible friend didn’t kill anyone else.