This is nearly two weeks old (4.22) but worth highlighting anyway.

It’s Paul Schrader (The Card Counter, First Reformed) speaking to The New Yorker‘s Richard Brody, and if you’re the type of person who wishes that serious theatrical adult-angled features will somehow rebound when theatres come back, what Schrader says is, of course, hugely depressing. But what else is new?

Schrader: “I see four venues for theatrical. (1) Extreme spectacle, which is like 4DX—or like that van Gogh immersive experience that’s coming. That you have to go out of the house for. That’s a reason to go out of the house; (2) Children’s movies, of course, because you want to see your kids laugh with other kids, and that’s really for the parents more than the kids; (3) Date-night movies, which is horror and a certain kind of teen comedy, and there’ll still be a place for that. And (4) what we now call Club Cinema, which is where you have a membership. This is like the Burns or the Metrograph or the Film Forum or Angelika.

“They’re all event-based. And I think those places will come back. But the normal mall cinema or multi-cinema, I think that’s a real struggle. 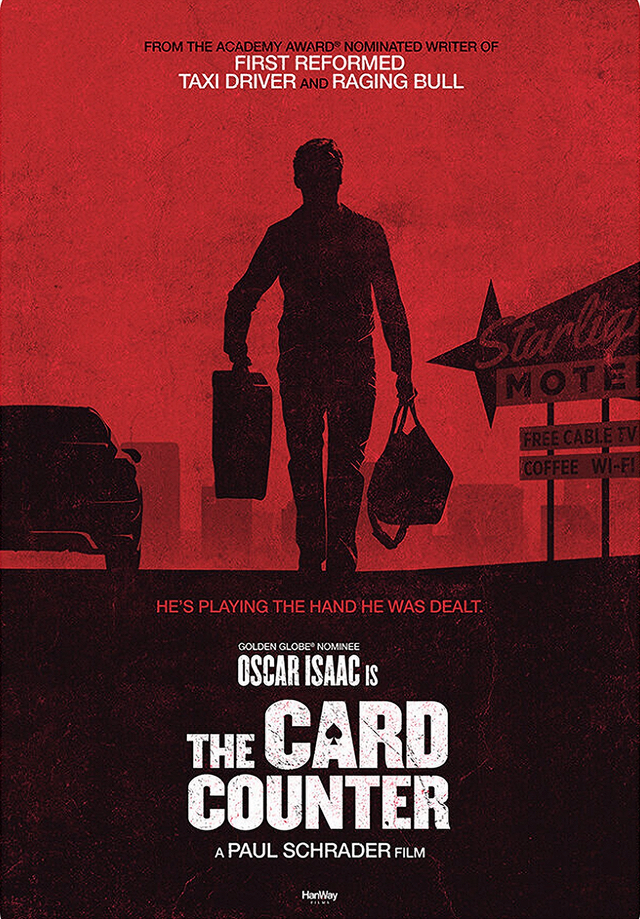 “They say that 50% of New York restaurants won’t reopen. That’s certainly true, also, of the movie theatres. And so we are rethinking that whole concept, and it’s a rethinking going across the board, because it’s also happening to the Oscars. What do the Oscars mean anymore? Does anybody care anymore? Will the festivals have the strength that they used to have?

“And this idea of the two-hour serious movie, which evolved in many ways as a reaction to television, where the film companies all had agents in New York looking for the new serious book…From Here to Eternity, we’re going to do that.” And that’s gone now. Nobody’s looking for the new serious book. And to make a movie today, a quality movie, let’s say a movie like Hud or The Hustler, that movie’s just not being made. Now, there is quality long-form but I think the serious two-hour film [is a commercially shaky proposition].

“I have a film that’s opening [The Card Counter], which fits in that mold. And I’ve been thinking of writing a new script after that, and I just find myself wondering, ‘Who will make such a film?’

“And so I think that this shift, which is the third …what’s the word for it? Tectonic. The Third Tectonic Shift. The first occurred after The Birth of a Nation, when you went into the big theatres, and they realized you could make a lot of money putting a lot of people in a dark room without air-conditioning. And, out of that the movie palaces came and all of that.

“And then the second shift that occurred, when they had to deal with television — and ironically, this occurred right at the same time as the rise of the intelligent film, the serious film, which started here in this country with people like John Frankenheimer and Arthur Penn, but was primarily started in Europe with neorealism — and all of a sudden there was another way, another reason to go to movies. You [had to] go to the movies to see a Bergman film. You couldn’t see them on television. You [had to] go to the movies to see the serious new film by the artist.

“This became clear to me a couple of years ago when I was talking to my relatives in western Michigan and I asked them, ‘What movies do you see?’ And my cousin said to me, ‘We see Netflix.’ And I realized the genius of Reed Hastings. Because movies had begun as a place to go. And there was a phrase that was used in the olden times called ‘This is where we came in,’ meaning we just walked in [without regard to showtimes], and now we sat through it [as it began again], and, ‘Okay, this is where we came in.’

“And then after the war and with the rise of television, it started to become not ‘Let’s go see a movie’ but ‘Let’s go see a specific movie…let’s go see this movie we’ve been hearing about.’ And therefore there was also the rise of film criticism, because how do people know which movie they want to see unless they’re reading some criticism?

“So ‘let’s see that new movie with so-and-so or from that book so-and-so, or ‘let’s go see Bob & Carol & Ted & Alice. Movies that were about something: An Unmarried Woman. And that saved cinema in a way, because TV wouldn’t touch that stuff. And now TV deals in it extensively. I just watched Mare of Easttown. I mean, that’s as dark and as grim as anything in American cinema from the ’60s.

“And so Reed reversed the strategy from a specific movie to just going to Netflix. And so when my cousin said, ‘We watch Netflix,’ what she meant was ‘If we want to watch something, we’ll turn on Netflix, and sure enough, we’ll find something we want to watch. We don’t need to plan ahead.'”