Tell Me You Love Me

HBO’s Tell Me You Love Me, which isn’t featured at all on the HBO website but is scheduled to air on September 9th, is about the emotional but mostly sexual lives of three middle-class couples. I haven’t received any HBO screeners yet, but it’s being described here and there as a precedent-setter in its depictions of graphic, no-holds-barred sexuality. 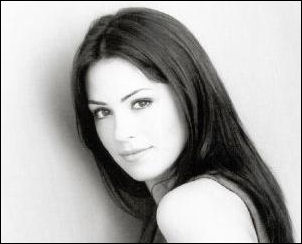 Tell Me You Love Me costar Michelle Borth

“No previous series, on pay cable or anywhere else, has dared show anything even close to this much skin,” writes L.A. Times guy Scott Collins. “The climax, if you will, of the first episode finds a woman (Sonya Walger) in her 30s masturbating her husband (Adam Scott) to orgasm, with the entire act and all relevant body parts plainly visible. Even Jane Alexander — yes, that Jane Alexander, the snow-domed, regally poised 67-year-old former chief of the National Endowment for the Arts — drops trousers for some frisky senior sex.”
The Kansas City Star‘s Aaron Barnhart conducted an informal poll of TV junket journalists who’ve seen an advance episode or two, and found “that while eyebrows were raised by the sex scenes involving the younger couples, jaws positively fell open when Alexander got it on with her husband. No ageism on this show!”
Barnhart also reports that “perhaps the actress who will get more attention than any other on this show is Michelle Borth, who plays Jamie, a 20-something whose frequent romps with her fiance, Hugo (Luke Farrell Kirby), are, to borrow the phrase of another HBO program, real sex.”