Joseph Costigan, a political director for a union based in Dearborn, Michigan, called Unite Here, has told N.Y. Times columnist Bob Herbert that “we’ve been talking with staff in different parts of the Midwest, and we’re all struggling to some extent with the problem of white workers who will not vote for Barack Obama because of his color. There’s no question about it. It’s a very powerful thing to get over for some folks.” 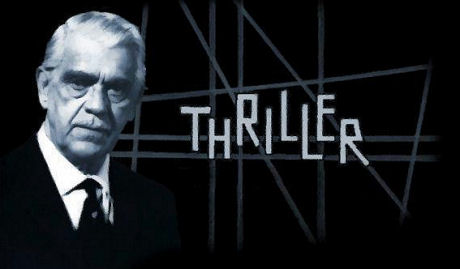 We’ve all wondered and worried about the Undercurrent of Ugliness that lives in the hearts of lunchbucket Americans out there when it comes to race, and Tuesday, November 4th — Election Day — may, I fear, show statistically just how ugly this country really and truly is.
Think of that episode on Boris Karloff‘s Thriller called “The Cheaters” — a pair of magic glasses that shows what people are really thinking and feeling inside — and how it ended with the lead actor putting them on and then looking at his own reflection in a mirror, and screaming and clawing his face over what he saw. His screams, I fear, will be America’s screams on the evening of Tuesday, 11.4.
The right wing talk-backers on HE can spew their usual diseased crap, but when people say they prefer this or that candidate because of any number of factors, fine. Voting records, loyalties, character issues, intellectual capacity, whatever. But when it all boils down to one thing — when they say “I won’t vote for candidate A because of the tint of his skin and the shape of his nose and the suspected allegiances that we associate with people of his sort”…that’s simply evil.
As Chris Matthews said last night, Barack and Michelle worked hard and played by the rules and built their lives into a kind of American Dream, and for people out there to just wave it away and say “naaah, he’s a Muslim and not one of us so I’m not voting for him” — that is just flat-out sickening.
Costigan’s statement points again to the increasing likelihood that the 11.4 vote will be a squeaker, and that Obama has a decent chance of losing if the Generation of Shame (i.e., the under 25s) doesn’t vote for the Illinois Senator in sufficient numbers to counter-balance the 55-and-over racists.
Aaah, but will they? The youth vote is supposed to be energized this year like never before, with a good 75% or 80% favoring Obama….something like that. But we all know what happens when you place your bets on the youth vote, right? We certainly found out what the youth vote is worth in ’04. That’s why we call them the Generation of Shame ’round these parts.
“Talk for more than a few minutes with an Obama supporter in a white middle-class or working-class area and you’ll hear about a friend or relative or co-worker who has a real problem with the candidate. When Jack Davis‘s wife, Joan, who also plans to vote for Senator Obama, was asked about Democrats that she knew who would not vote for him, she replied, “My mother! She’s 85 years old. I’m sorry to say, but she will not vote for him.”
“Costigan believes — hopes — that the number of people holding [racially negative] views is relatively small, and that Mr. Obama, now with the help of Senator Biden, can surmount that obstacle.
“Surmounting it will be tough. Not only do the polls show this to be a close race, but the polls, when it comes to Senator Obama, cannot be trusted. It is frequently the case that a statistically significant percentage of white voters will lie to pollsters — or decline to state their preference — in races in which one candidate is black and the other white.
“After many years of watching black candidates run for public office, and paying especially close attention to this year’s Democratic primary race, I’ve developed my own (very arbitrary) rule of thumb regarding the polls in this election:
“Take at least two to three points off of Senator Obama’s poll numbers, and assume a substantial edge for Senator McCain in the breakdown of the undecided vote. Using that formula, Barack Obama is behind in the national election right now.”