The Master Sneaks at Aero

It was around 4:30 am and I couldn’t sleep, so I checked the email and found the following from “bobfilm”: “FYI The Master sneaked at the Aero tonight in 70mm after screening of The Shining. Big surprise for the audience.” The fuck? No, really — it apparently happened. I realized that when In Contention‘s Kris Tapley, stuck inside of Mobile with the Memphis blues again, posted the same story around 1:58 am Pacific. 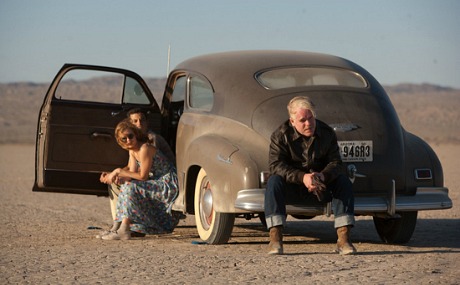 So who was there? Or who knows someone who was? What did they think? How did “the room” seem to react? Forget The Shining — what’s with “the silence”? How can any conscientious film lover have seen it and then gone to sleep and not posted anything anywhere? Not even a tweet?

At first I was suspicious, wasn’t sure. The Aero site definitely has The Shining on their schedule for last night. Then I checked Twitter…nothing. And then Cigs and Red Vines, the semi-sanctioned Paul Thomas Anderson site, but they had totally dropped the ball by posting nothing except some post about PTA wanting to show The Master in 70mm around the country. Then I saw the Tapley post, and it partly reads as follows:

“A source at the event tells me that, prior to the screening, personnel announced that there would be a ‘secret screening‘ following the event and that anyone who’d like to stay was more than welcome. When the lights came up after the closing credits of Kubrick’s icy horror staple, attendees were told the secret film was Anderson’s much anticipated opus (which will screen at the Toronto, Venice and maybe Telluride and Fantastic Fest film festivals next month).

“The film is being shown in 70mm, the director’s preferred format of exhibition for The Master and one that has reportedly caused issues in lining up both commercial and festival exhibition. Anderson [was] in attendance along with wife Maya Rudolph. 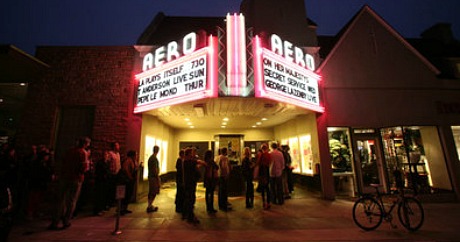 “Gotta love the guy. He doesn’t go the traditional route. Popping the film on unsuspecting cinema lovers (who else would be at a Cinematheque screening of The Shining?) is pure PTA.

“So here’s to you lucky folks seated in the Aero right now soaking up the latest from one of the best working filmmakers today. It makes me feel even worse that I’m way over here in some Holiday Inn north of Mobile, Alabama.”

Tapley allegedly left for Manhattan a day ago and…why he would me in effing Mobile of all places is beyond me. But that’s what he wrote. Very weird. Update: He’s taking the red-state route to North Carolina, etc. See KT’s comment below.

The Master opens on September 14 after showings in at the Venice and Toronto film festivals, and maybe FantasticFest. I’m sensing that it will also play Telluride based on a source that hinted as much, but it’s mainly a vague notion.