The guys at West L.A.’s Laser Blazer told me today that while regular DVDs of Into The Wild have sold fine since arriving two days ago, not a single copy of the HD-DVD version has gone home with a customer. Not surprising, but aren’t there hundreds if not thousands of Los Angeles residents who own HD-DVD players? 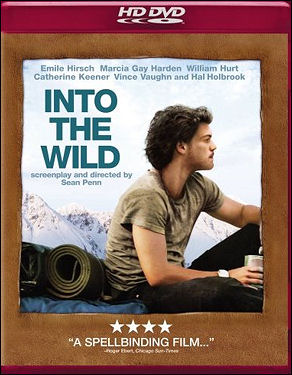 What this suggests, obviously, is that they’re thisclose to throwing their players into the garbage dumpster and heading out to buy a Blu-ray player. I saw a 46″ high-def flatscreen on sale at the West L.A. Best Buy yesterday for $2000. That plus $333 for the Blu-ray player. I’d love to have that stuff in my living room, but it still feels pricey. I want a 46-incher for $1200, say, and a Blu-ray player for $175. $1500 all in — that’s more my speed.